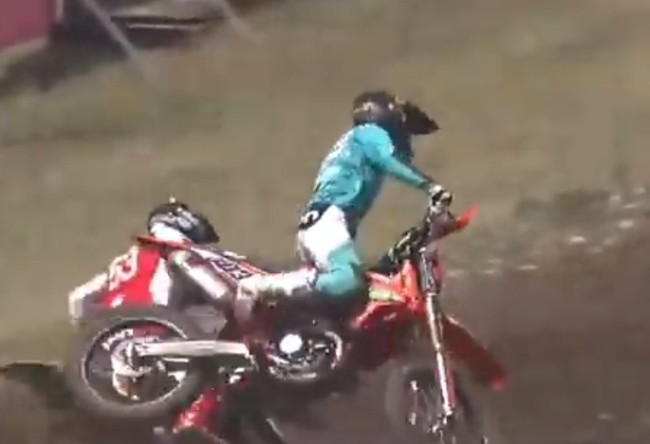 In his haste to keep Conrad Mewse behind him in race one at Cusses Gorse, Dylan Walsh put a hard hit on Jake Milward as their lines came together with Milward coming off worse and Walsh staying on to win the opening MX2 moto with Searle winning the MX1 division. Walsh went on to win race two in MX2 as Searle lost the overall to Josh Gilbert, despite leading with two laps to go, when he went straight on in a turn and handed Gilbert the win and Kullas second!