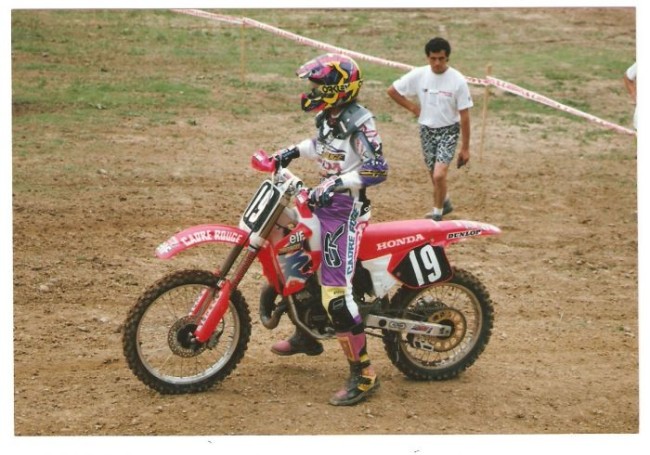 See a young teenage Mickael Pichon as he made his way through through the ranks in the 125 Grand Prix series in 1993 and was already being heavily touted as a future star of the sport. Pichon was second fiddle to Yves Demaria at the time but he would come fifth in the world championship that season with Demaria finishing runner-up to Pedro Tragter.

Check out just how hard pack the San Marino track was too – no ruts just throttle control and the ability to invent your own lines.