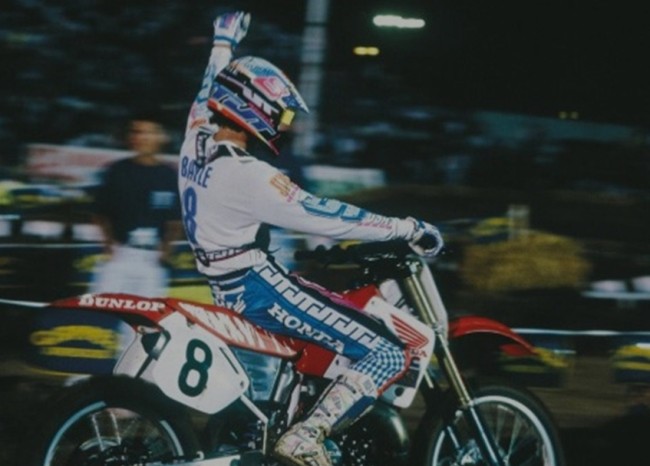 Some classic supercross action as the build-up to A1 begins with a man who should always be in the conversation with Everts and Carmichael as the greatest of all time, Jean-Michel Bayle, facing off against arch rival and teammate, Jeff Stanton.

A young Jeremy McGrath on a 125 Peak Honda (and Jeff Emig) feature as well, as MC began his journey to become the GOAT of supercross…