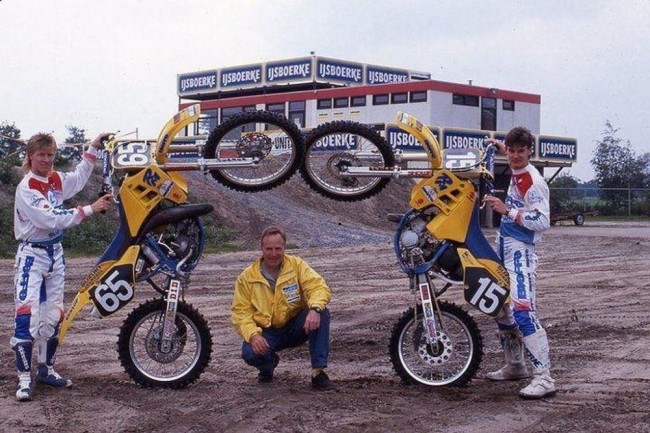 A nice look back at the top five of the 125cc World championship in 1990 with the late Donny Schmit taking the title in his first season in the world championship and his teammate, a teenage Stefan Everts, third behind Bob Moore. Future 500 world champion Andrea Bartolini was fourth and the extravaganza that was Mike Healey in fifth!

See British GP winner Alan Morrion and more in practice for his home Irish GP that saw him get a podium on his way to tenth in the championship.