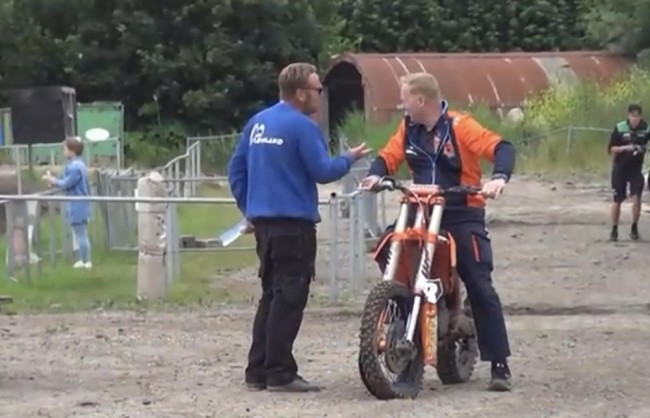 Tom Vialle won’t be racing today after his hand injury sustained in that big practice crash during the week!

The French flyer tried riding in free practice but couldn’t go fast and just rolled around the circuit, forcing him to call it a day with Joel Smets confirming he is now out for the British GP. It’s big blow for Vialle but he does at least have 50 points in the bag from Russia but only a week to get fit for round three in Italy!

The rest of the riders must now be ready to take their chance of a win – including Brit Conrad Mewse!