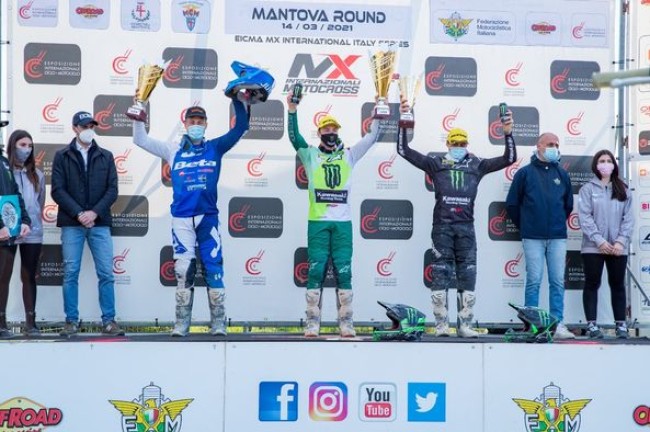 Jeremy Van Horebeek and Beta have only had three races together but the new manufacture has looked pretty good so far and better than what a lot of people expected.

The Belgian has contested the three rounds of the International Italian Championship – the races are always important to learn more about the bike and Van Horebeek being so experienced already seems to be doing a great job.

During the final round at Mantova, Van Horebeek was on a mission in the MX1 moto as he came from outside the top five and was going for the win as he charged down Febvre. In the end he had to settle for second but it was still an impressive ride!

The team can now work on developing the bike and getting it even better before making their MXGP debut but it’s exciting times to see a new competitive band in the paddock – it can only be good for the sport.