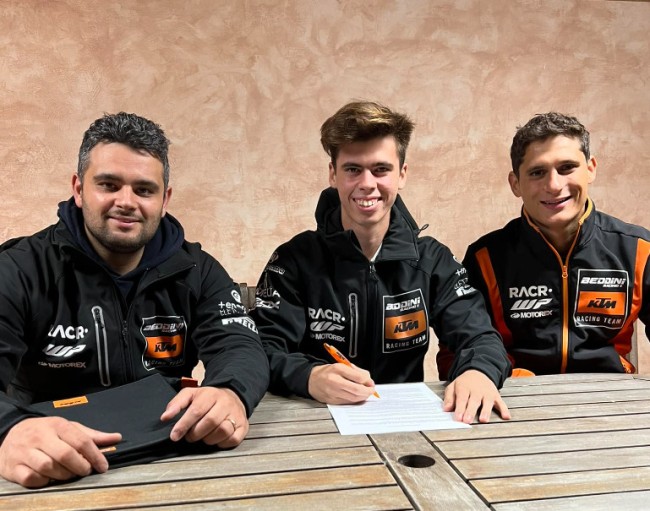 One of the most highest rated youngsters in the Grand Prix paddock, Valerio Lata is on the move for the 2023 season. The young Italian has had a good time with the Marchetti KTM team – the highlight becoming EMX125 champion last year.

The Marchetti Racing team are expected to change brands for the 2023 season and run the Factory Beta setup which means they will fully focus on MXGP and therefore can’t run any MX2/EMX250 riders. As a result, Lata was in search of a ride but has secured his future with another Italian based team, Beddini KTM.

2022 was Lata’s rookie season in the EMX250 series and the results weren’t as expected but that can happen during the first year racing a hotly contested class. Lata reminded everyone of his talents at the final round of the EMX250 series finishing 10-5 in the moto’s to end the season on a high – he’ll want more results like that in 2023.

During the 2022 season Lata also contested some rounds of the MX2 World Championship scoring GP points and gaining valuable experience for the future. His best moto result in MX2 was at Maggiora as he finished fourteenth in the first moto.

“FINALLY! Delighted to start working for the 2023 season with the Beddini KTM and we try to do our best with peace of mind and commitment. Thanks to Dario Beddini and Joakin Furbetta to help me and stand by me for this year”, Lata stated on social media.

The main focus for Lata will be to concentrate on the EMX250 series in 2022 as well as the domestic Italian championships.