Twan van Essen starts up his own race team 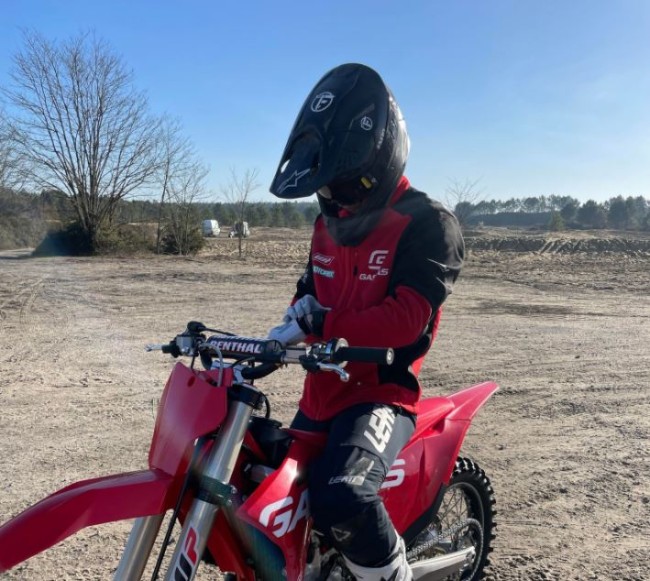 Young Dutch rider, Twan van Essen has been concentrating on the EMX250 championships the past few years but injury meant he missed pretty much the entire 2021 season which was a shame.

Van Essen was on the look out for an MX2 GP or EMX250 ride for the 2022 season but hasn’t managed to secure a spot on a team so has decided to start up his own race team – 474 Motorsports GasGas.

The season ahead will also offer the Dutch rider a new challenge as he is going to focus on the French beach races but he will contest selected EMX250 rounds as well.

“I couldn’t get a ride together that I felt like I could show what I’m really capable off so I tried some beach races and CC motorsports reached out to me when I just got injured. I turned that offer down at that time but then I didn’t have a ride, I felt like trying and really like doing those beach race so that’s my main goal for 2022/2023 and maybe beyond. I will stay active on the bike so I have decided to do selected EMX250 round as I still love doing that”, van Essen told GateDrop.com.

“With regards EMX250 rounds I plan on doing Oss if I’m in shape on time as le Touquet got postponed a month and I also plan on racing Riola and Lommel but that it’s for now as after that we will start full on preparing for new sand season. For the EMX250 races I do I just want to have fun and enjoy the time being there but in the beach races, the main goal is a top ten at le Touquet.  I want to thank everyone involved, it’s a small group of people but definitely great people I can rely on”. van Essen concluded.