Tim Gajser: Can’t wait until we can go racing again 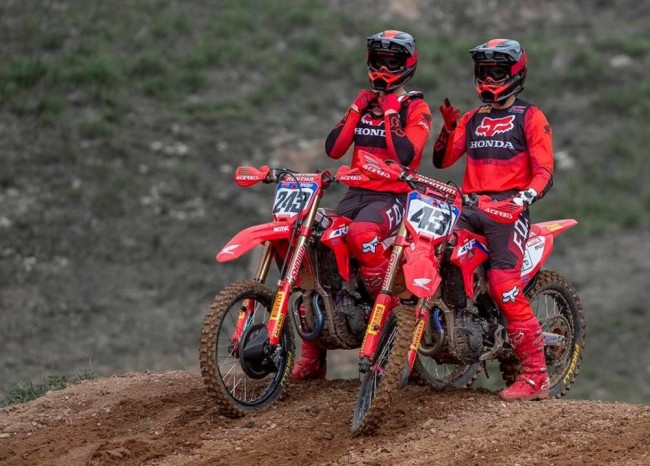 After an amazing 2020 season for Tim Gajser clinching his fourth World title and his third in MXGP, the Slovenian can’t wait for the upcoming MXGP season to get underway.

There has been a lot of uncertainty about when the season was going to start but it looks like the season will get underway in June and Gajser will be stepping up his training regime so he’s ready for the start of the season.

MXGP 2021 promises to be exciting as Gajser will go against the likes of Herlings, Prado, Cairoli, Febvre, Seewer, Coldenhoff and so many more talents in what is going to be an exciting year of racing!

“I can’t wait until we can go racing again and start the 2021 season. Even though we finished in November last year, we have still had a long break and I feel fit, healthy and ready for the first gate drop. I’ve had a good off-season, managed to recharge my batteries and I’m raring to go. After the big change with the new Honda CRF450RW last year, this year we have refined a few things and I’m excited to go even better, and show-off the work that everyone has put in behind the scenes”, Gajser stated on social media.

“It will be hard to improve upon the last couple of seasons when I became world champion, but I always try to get better and turn my weaknesses into strengths. Before Russia, I will gradually step up my training so that I am ready for that race, but I am also aware that it will be a long season and I don’t want to peak too early. Really though, I just want to go racing and see all my fans again and thank them in person for all the support I have received. I miss all the signing-sessions and the selfies and I really hope that they will be able to cheer me on, along the fence this season”, the MXGP world champion concluded.