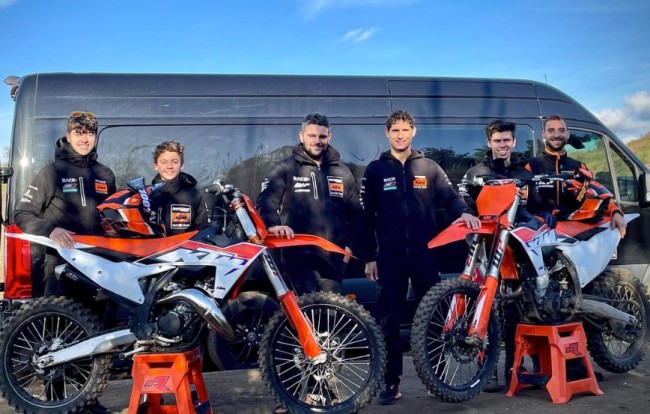 The Beddini Racing KTM have officially confirmed their full rider line up for the 2023 season. We’ve known for a while that Valerio Lata had inked a deal with the team to contest the EMX250 series but the team have added to the line up.

Young French talent, Mano Faure joins the Italian based team which will see him make the move up from the 85cc class to the EMX125 series. Faure finished sixth overall in the EMX85 series this year in Loket so has a lot of promise for the future if he can be developed correctly.

“Finally we are all in! Mano Faure joins the KTM Beddini Racing Team for the 2023 season. The very young Frenchman will race on the brand new KTM 125 SX and will compete in the French and Italian national series and will make his debut in EMX125. The 2021 European Champion Valerio Lata, will continue his journey in EMX250 with the KTM 250 SX -F”, the Beddini Racing KTM team revealed.