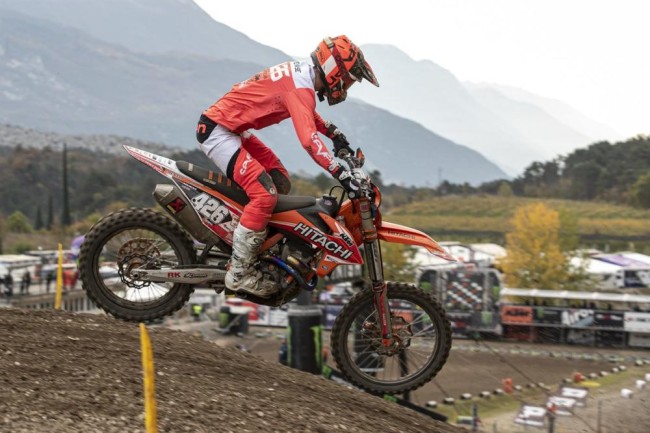 It was recently announced that Conrad Mewse and the Hitachi KTM fuelled by Milwaukee have parted company and with the 2022 MX2 World Championship getting underway in less than a month’s time at Matterley Basin there’s still been no official news on his future.

The Brit clearly has a lot of talent but since racing the MX2 World Championship is still chasing his first MX2 podium and the consistency to regularly run at the front. Due to the under 23 age rule, the 2022 season will actually be Mewse’ last season to contest the class so it’s a very big year for his career as he’ll also be looking to secure a contract for the MXGP World Championship in 2023.

With regards to what Mewse will do for the 2022 season – he is still putting in the laps to prepare for the season ahead and is still riding a KTM so it’s unlikely he’ll be changing brands. We believe the British talent will actually be running his own set up for the 2022 season but that is still to be announced.

Whatever is next for Conrad Mewse there’s no doubting how big of a year this is for him as we all know he has the talent to be a consistent front runner in the MX2 World Championship but time is now of an essence.

Going into the 2022 season, the two title favourites will undoubtedly be Jago Geerts and Tom Vialle with the latter knowing exactly what it takes to win the title doing so in 2020. There’s a host of young talent that will be motivated to prove an upset such as Mattia Guadagnini, Thibault Benistant, Kay de Wolf, Roan Van De Moosdijk and Simon Laengenfelder to name just a few.

If Mewse does end up running his own setup perhaps that might take the pressure off him but it remains to be seen – roll on the 2022 MX2 and MXGP World Championships as it promises to be another great season.