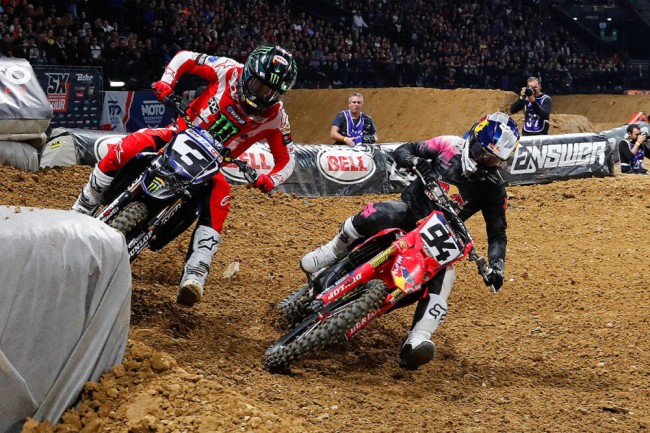 Ken Roczen had the perfect opening moto taking the holeshot and cruising to the win but it was a lot tougher for Eli Tomac! Tomac made a mistake in superpole and only had tenth gate pick. That put him on the outside and while Eli still gated top five he had to work hard to pass Copper Webb for third and couldn’t find a way by a stubborn Musquin with Webb staying with the pair until the end of the race in a big improvement from Saturday. Roczen and Tomac are now neck and neck in the chase for King of Paris. 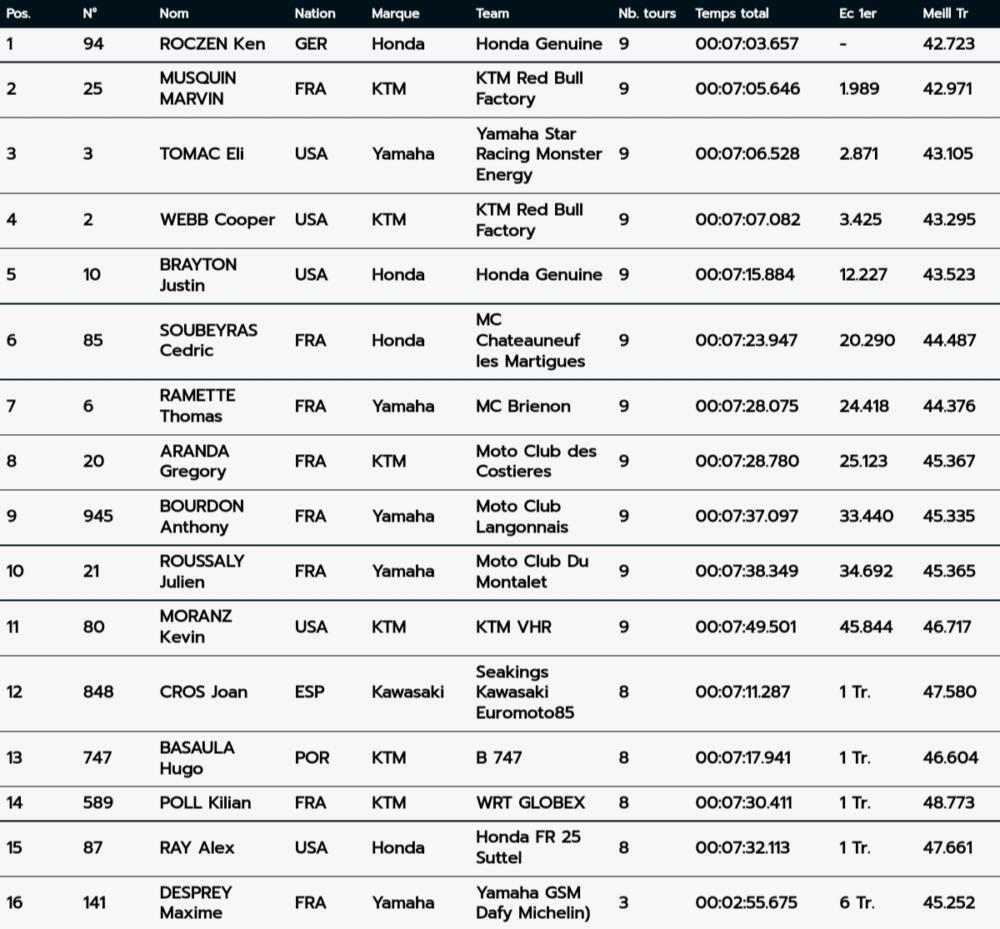 Ken Roczen and Eli Tomac got away 1-2 and went at it both nearly colliding in mid-air before Roczen squared the next turn and pushed Tomac wide to take the lead in a brilliant move. Tomac regrouped mid-way through and caught back up to Roczen but couldn’t make the pass for the win with the event now coming down to the final race to decide King of Paris – Roczen has a 1 point lead. Justin Brayton got the better of Cooper Webb after some battling for third. 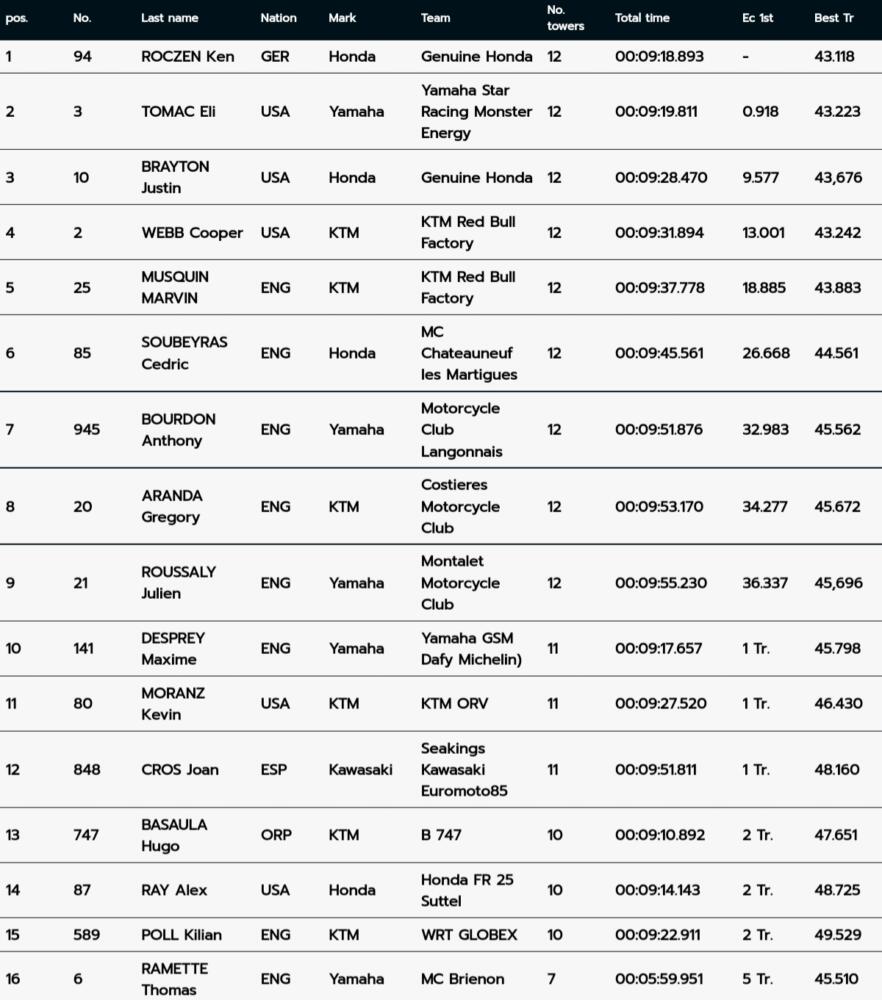 Ken Roczen and Eli Tomac went around turn one side by side and then again in turn two but it was Roczen that got the edge and from there he controlled the race like it was 2017 pre-arm injury.

Roczen was inch perfect despite the race-long pressure from a determined Tomac but he just couldn’t get close enough to make the move on a superb Roczen. The German won superpole and all three races in Sunday to become King of Bercy at his first attempt and remind every manufacturer that he might be worth employing in 2023! 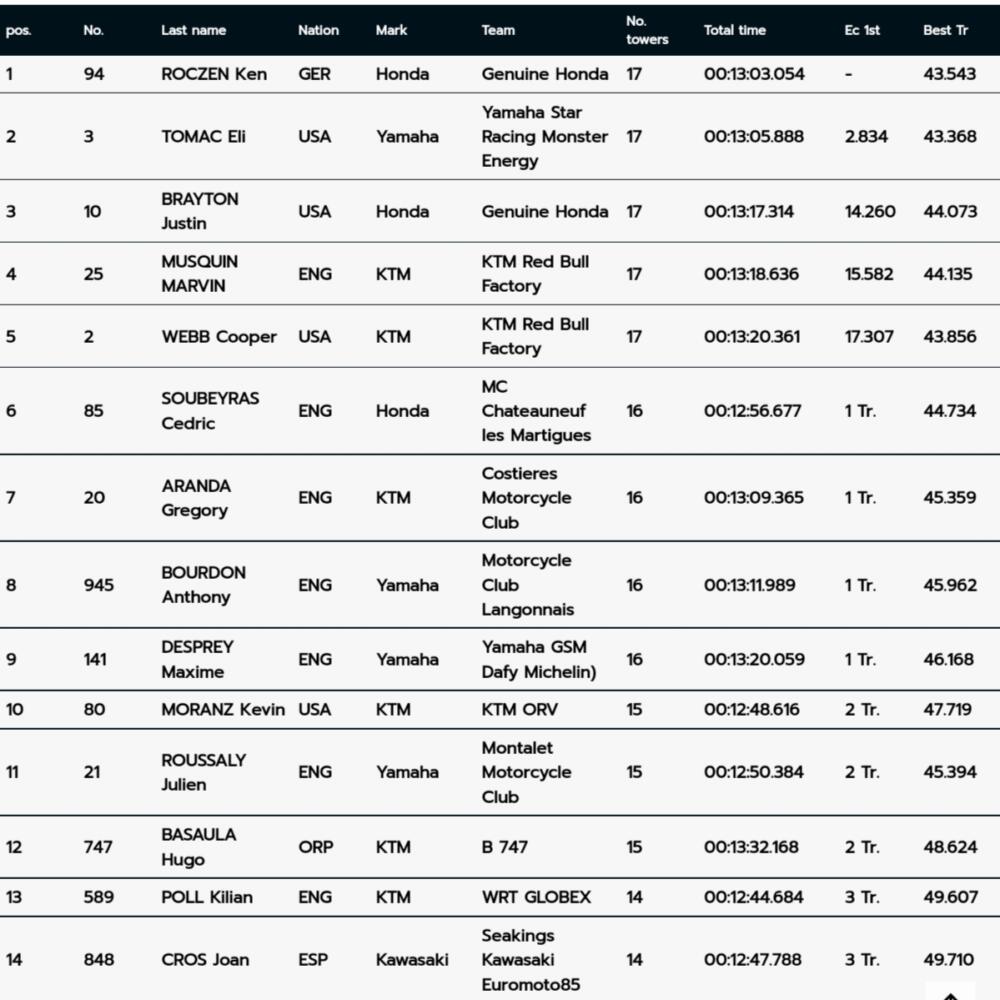