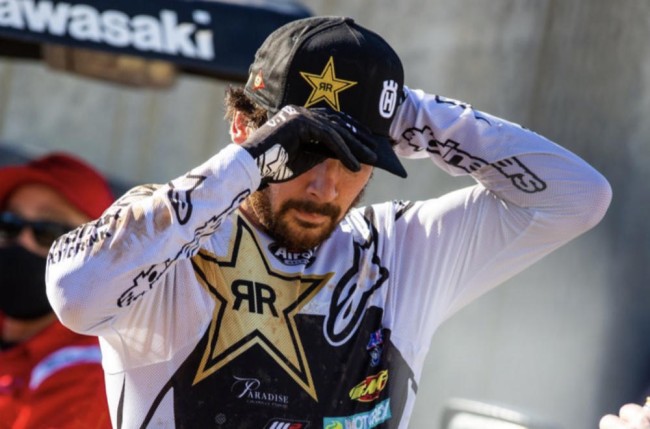 Jason Anderson took the top spot off Dylan Ferrandis on the very last lap, admitting the very slick and hard pack nature of the soils suits him as it’s similar to what he rode growing up in New Mexico. The fastest qualifier in Orlando also added that he is just trying to enjoy himself at the races and make each lay better – it appears to be working!

Ferrandis took second with his first session time with titles considers Webb third, Roczen in fourth and Tomac fifth. Justin Barcia did come out for the second qualifying session after crashing out of Q1 but was only 18th with Max Anstie 22nd overall in his first 450 qualifying session.

For those wondering where Justin Brayton is, the Muc-Off Honda rider crashed during the week and hurt his chest, so is waiting for Daytona in two weeks before he races again.

Justin Cooper showed some great speed to go quickest in the high quality 250 West division ahead of the equally impressive Seth Hammaker, the Pro Circuit Kawasaki rookie taking second despite being in the B group. “The track is really tricky, it’s slippy already, I think we are going to have our work cut out for us,” said Cooper.