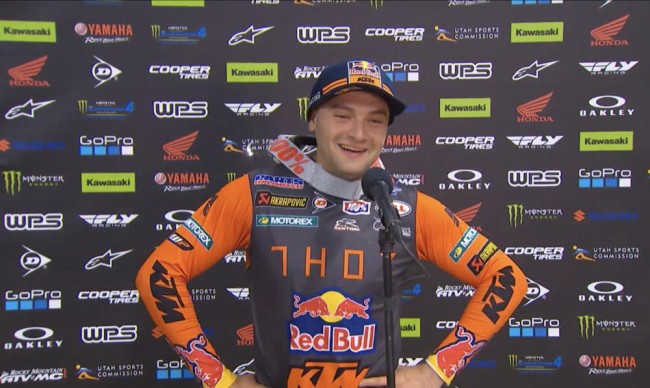 Cooper Webb was fastest in all three sessions in what was a total change from his usual relatively average qualifying pace. Webb has been on fire all day and won the lap time shootout with Tomac in the final session – he wants it badly tonight!

The American says he is enjoying the tricky track and that you need to harness patience with aggression on a track that is slicker than the previous couple of nights racing. Webb also revealed he is much happier with the air shock settings this weekend and the extra comfort he is gaining from that is huge for him.

In the 250 class a very confident Colt Nichols was quickest but Jett Lawrence gradually worked his way back unto his usual pace by the second session to go second right on pace with Nichols.

Christian Craig got his bike working for Q2 then got into a first lap tussle with Micheal Mosiman after they collided then hit again with Craig giving Mosiman some contact back in the berm after blaming him for the initial clash. Mosiman however would go third fastest with Craig a flustered fifth.