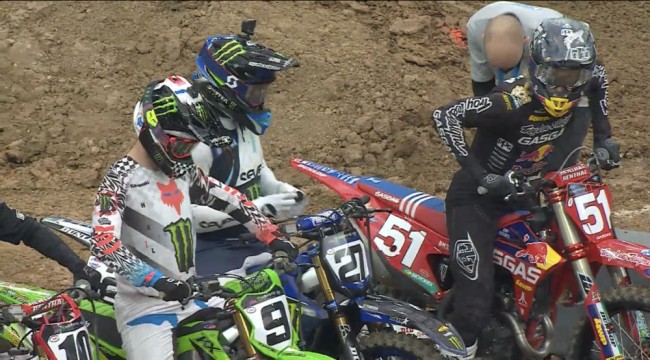 Adam Cianciarulo went fastest in a stacked 450 class as a lot of the contenders came with their A game for the second qualifying session of the season. AC said: “So far my raw speed hasn’t been there too much. I really hate going out there and being tenth (in qualifying) I got kind of mad between sessions and just kind of went for it there!

Dylan Ferrandis had his best qualifying with fourth as he settles into the new class and begins to show his true level. But Cooper Webb was still out of the top ten in eleventh.

In the 250 class Christian Craig squeezed himself into pole just ahead of teammate Colt Nichols and Jett Lawrence but there was only a tenth between all three of them!

Craig said: “I’m excited, I love the little games everyone is playing with me on the line, I love that stuff so let’s keep going.”

Austin Forkner hit the deck twice with RJ Hampshire also going down and unable to finish the final session due to bike damage.