Video: Steinke takes out Clason – revenge attack in US Arenacross 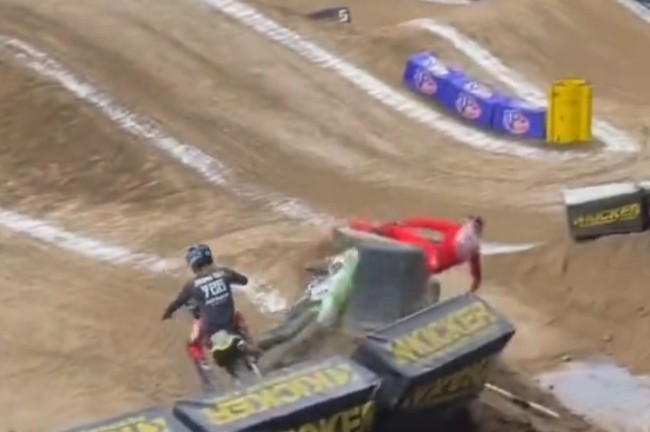 Despite no AMA supercross this weekend, there was still drama in the States with Arenacross providing the backdrop for Gerard Steinke to take out Cade Clason – then admit he did it on purpose as revenge for being taken out at the start of the race!

When 5 seconds into the first gate drop @cadeclason52 kicks off the chaos… pic.twitter.com/grGZ1DUtAH

“Yes, I took Cade out last night after he took me out. Yes, I waited for him, yes, I know I was wrong and shouldn’t have waited. But for anyone that knows me, knows my rules – you take money off my plate you better be ready for me to take money off yours,” said Steinke.

Here’s the vid of Steinke taking out Cade pic.twitter.com/r9kVOxSmAG

Are you gonna take yourself out because you yourself took money off your own table by getting DQ. Nice work dawg pic.twitter.com/ZZbiCzCJQp