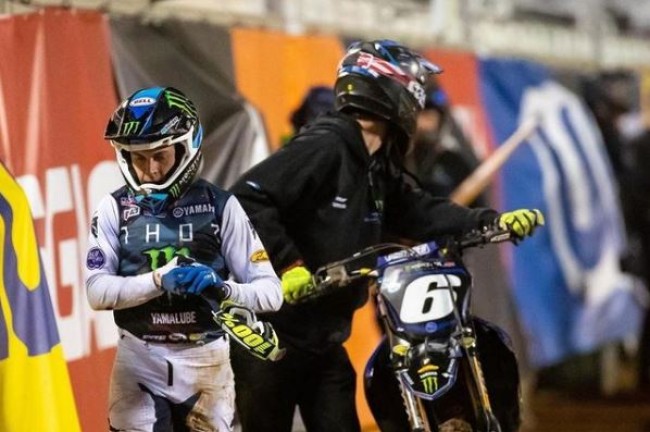 Jeremy Martin has finally provided an update after his big crash in Orlando – and it isn’t good news.

Martin has sustained a dislocated shoulder and, after conversations with doctors, isn’t sure when he will be back racing. It appears any small chance he had of coming back at Daytona to try and salvage a 250 supercross title before he goes 450s is over.

“Many of you saw the big crash I was involved in off the start in Orlando. Unfortunately, it left me with a dislocated left shoulder,” confirmed Martin. “I got an MRI on Monday and have had some really good conversations with some good doctors about what’s the best plan for my return. At this early stage, idk when I’ll be back yet. I just wanted to say thank you to everyone who reached out to me. I really appreciate the support.”

It’s a real shame for Martin who after a winter of hard work, had won his heat race and was looking strong on the Star Racing Yamaha only for everything to be undone within one turn of the main event. Sometimes it can be a cruel sport.