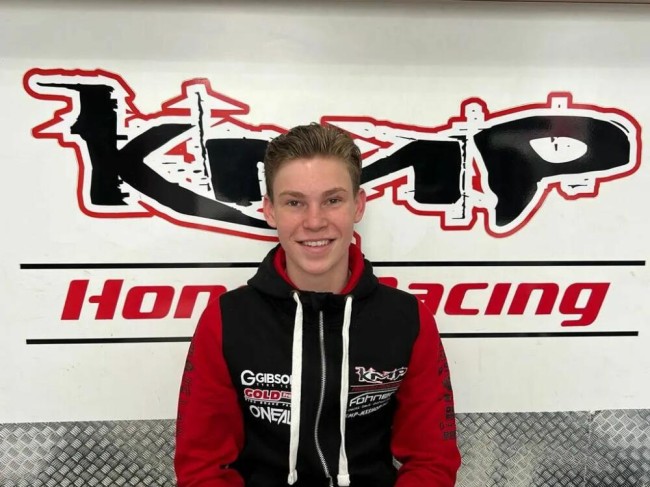 Yong Dutch rider, Scott Smulders has been on the look out for a ride after the SKS Husqvarna team who he spent the 2022 season with announced they wouldn’t be able to run a team in 2023 due to budget issues.

The good news is that Smulders has secured a ride for the 2023 season after inking a deal with German based team, KMP Honda racing which will see him race a Japanese manufacturer.

For the 2023 season, Smulders will contest the ADAC Youngsters Cup series in Germany as well as selected EMX250 rounds. With Max Nagl also under the awning he will hope to learn as much as possible from the former GP winner.

“We are happy to take a Dutch rider into our team for 2023. Scott Smulders has signed for a ride at the ADAC Youngsters Cup and some EMX250 races. The young rider is a big talent and feels good on the new CRF250. Looking forward to a strong Team in 2023”, the team stated on social media.

“So happy to join KMP Honda Racing for 2023! Thankful for this chance. Thanks to Niklas Raths for the help and let’s make it a good season”, Smulders revealed.