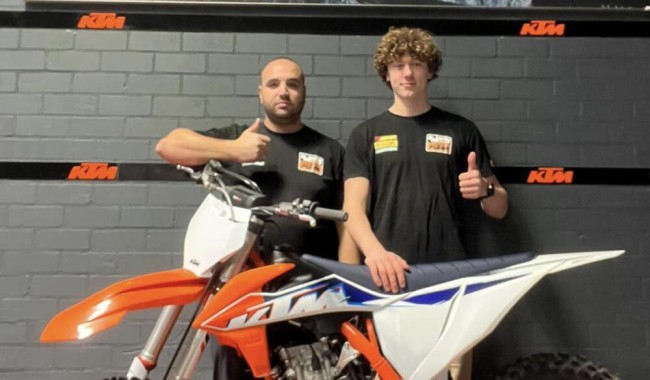 The line up of SB KTM Racing is complete for the 2023 season. After the signings of Francisco Garcia and Jens Walvoort, the team is happy to announce that they have made an agreement with Nico Greutmann.

The swiss has showed his potential in the ADAC Youngster Cup this year. He scored two fourth positions and many top tens.

In the professional structure of SB KTM Racing he is confident that he will make the next step. In 2023 he will focus himself on the ADAC Youngster Cup, the EMX250 Championship and the Dutch Masters of Motocross.

The team has already started their preparations for the new season and will do everything they can to be as strong as possible.