Ryan Villopoto on racing in “Europe” 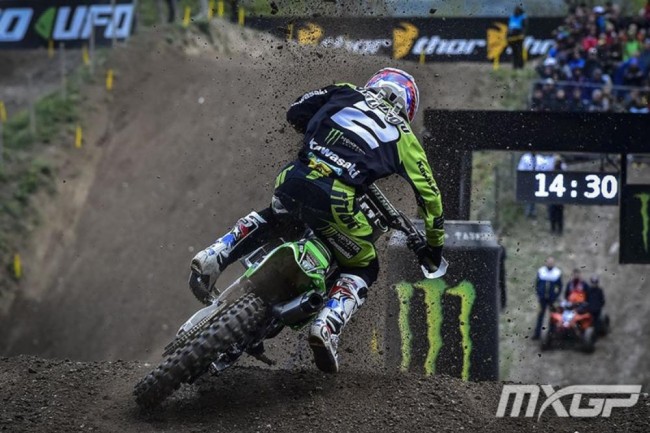 Ryan Villopoto didn’t appear to have much good to say about his time racing the world motocross championship in “Europe” – but he did acknowledge how hard it was even though only one of his four Grand Prix races came on the European continent, with the others in Qatar, Argentina and Thailand.

Speaking on the Pulp MX show, one of America’s best ever said while talking to Zach Osborne: ” I just spent a little small time over there, and it’s a sh*t box. Those dudes have it really hard, you want to ride a sketchy track? Go to Europe. They have wooden posts and rope – not rope you are going to break, rope that is going to tear your head off!”

“Watching that, being over there, the struggle in Europe, I can only imagine (for Zach Osborne) – it was a total sh*t box. Those dudes are way gnarlier than we are. That’s why when most Europeans come over (to USA), they don’t want to leave to go back to what they have. It’s hard to race over there, it’s hard to ride over there, just to do what they do is hard to do.”

Villopoto, who said he wished he’d never attempted the world championship, had an up and down four rounds but did win in Thailand going 1-3 before looping out in spectacular fashion at round four while battling for a podium spot with Desalle. But it gives an idea into the mentality in America and why it’s so hard for even a rider of Villopoto’s fantastic ability to succeed in the real motocross world outside the USA. Living and racing in their own country with everything that they are used too always in place – one culture, perfect supercross and groomed loamy outdoor tracks with perfect practice facilities, means they (with exceptions like Osborne and Brown) can struggle to adapt to the rest of the world.

It’s clearly two different worlds between the USA and MXGP and it shows why the MXGP remains the litmus test for outdoor motocross – you need to be good at such a wide variety of tracks and adapt to different countries and difficult conditions to succeed. That’s what makes and defines you as the best outdoor motocross rider in world, you have to be able to adapt.

See some highlights from Villopoto in MXGP here:

See the full Pulp MX show with RV and Jake Weimer below: