Rumour: Standing Construct to change manufacturer for 2023 to remain in MXGP 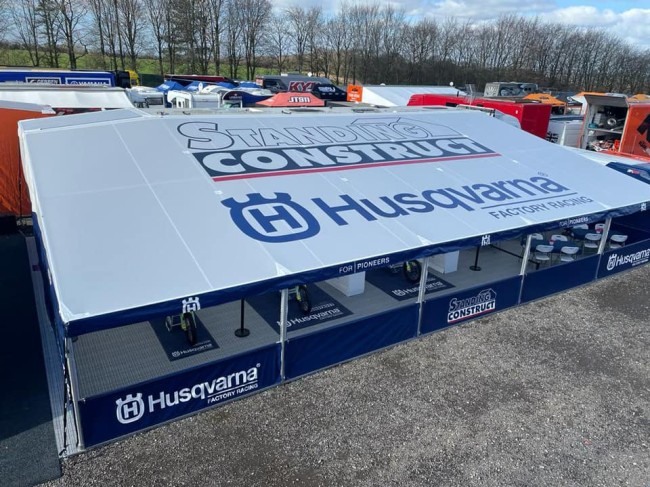 It was revealed in May that the Standing Construct team would lose their Husqvarna factory status for the 2023 season which was a big blow to the team. Since finding out the news the team were in talks with different brands so the team could continue in the MXGP paddock for the 2023 season.

We believe the team reached an agreement with Honda to receive good support for the 2023 MXGP World Championship. The team will be unchanged in terms of their rider line up with Pauls Jonass and Brian Bogers expected to be under the Standing Construct awning once again.

Bogers has Honda experience as he spent the 2018 and 2019 seasons with the HRC Honda team although was hit with injuries during his time there. For Jonass it will be a big change as he’s been racing Austrian machinery since his EMX125 days.

The move means we are unlikely to see a Factory Husqvarna supported MXGP team which is a real shame for the sport but hopefully they reevaluate for the future. Factory Husqvarna will still be present in the MX2 World Championship with Kay de Wolf and Roan van de Moosdijk (and maybe even a third rider).

Honda are going to be strong in MXGP as the official HRC Honda team signed Ruben Fernandez to partner Tim Gajser with Standing Construct also going to run Bogers and Jonass. The JM Honda team are also looking at a strong rider line up in MXGP with Brent van Doninck expected to sign and make the switch from Riley Yamaha. We believe that Jed Beaton has tested the JM Honda but it remains to be seen if he’ll ink a deal with the team who are also expected to sign Camden Mc Lellan who will step up to race the MX2 World Championship.

We will continue to keep you updated as and when the moves are official.