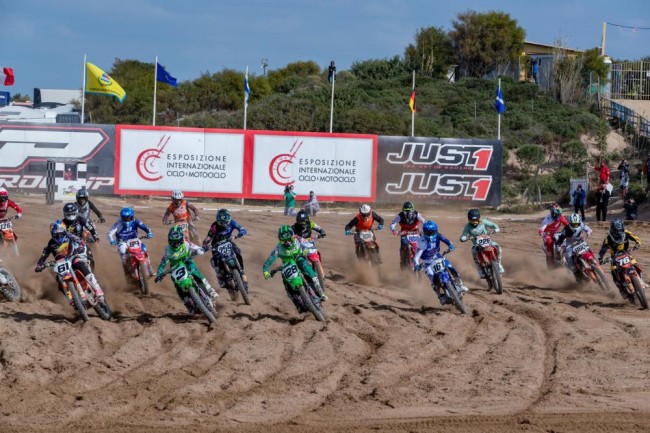 The MXGP World Championship is currently scheduled to get underway at the end of May in the Netherlands. However, this will depend on if spectators will be granted permission to attend the GP. There is still a chance that the season might get pushed back.

Infront Moto Racing President, Giuseppe Luongo has confirmed that if fans can attend then last years format of triple headers won’t happen but it could be considered if fans can’t attend.

“Our goal this year is to compete with the public, if we succeed, there will be only one date for each track, then if the situation with the virus continues to be serious it is clear that we will have to think of other solutions, and perhaps also at the three events per circuit. But we will do everything to run with the public because without it, for the second consecutive year, it would be a catastrophe”, Luongo told Motocross.it.

Luongo also confirmed they are considering holding a Grand Prix at the Riola Sardo track in Sardinia. Since Lierop left the GP calendar it’s left Lommel as the only similar type of sand track on the calendar so holding a GP in Riola Sardo would be a good move.

“The season will start in the Netherlands, in Oss, but we are negotiating with Riola Sardo for a Grand Prix there, I don’t know yet if at the beginning or at the end of the championship”.