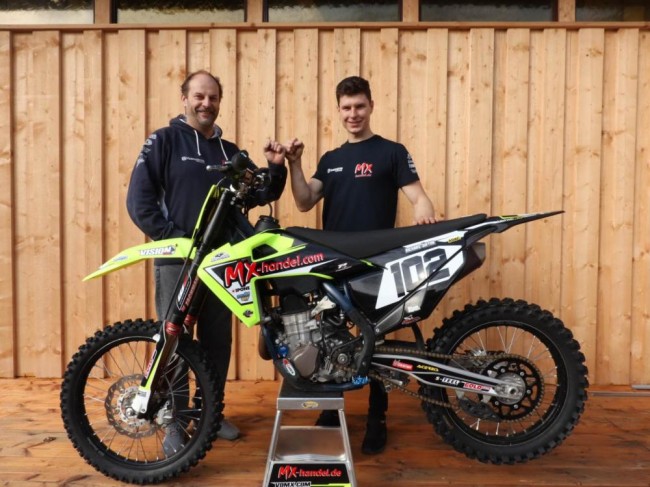 Richard Šikyňa has had some good results in the MX2 World Championships over the past few years but has a new challenge for the season ahead.

Despite still not ageing out of the MX2 series, he was unable to secure a GP ride so has made the decision to move up to the 450cc after signing a deal with the MX Handel team.

Šikyňa will focus on the ADAC MX Masters, the Swiss Championship and hopes to contest selected MXGP World Championship events.

“The team just wrote me few weeks back and they were interested in me to race with them the ADAC and Swiss championship. After some talking and then meeting together I decided to sign with the team for this season”.

“My expectations are same every year, to stay healthy without injury, put in the work and I believe results will come. Hopefully the Covid situation will get better and we will race normally. I want to thank the team for their interest in me, I will do my best to bring some nice results”, Šikyňa told GateDrop.com.