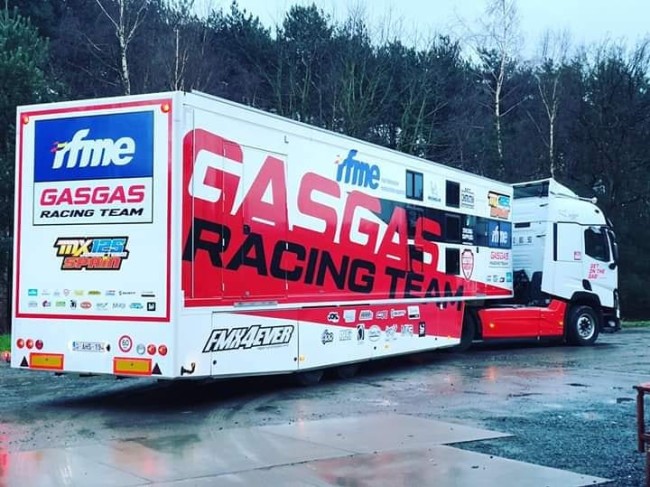 The Royal Spanish Motorcycle Federation and its national Motocross coach, Paco Rico , have already selected the riders who will be part of the RFME MX Junior Team for the 2023 season. Next year the RFME goes one step further and will have a national team not only in the EMX125 category, which is giving us so much joy and which is fulfilling the objective of launching the pilots to very powerful teams, but will also form a squad in the demanding EMX250 category.

After the tests carried out this week, Paco Rico has already selected the riders to race for the team in 2023.

Congost and Nilsson, in EMX250

Gerard Congost and Samuel Nilsson, two of the most leading riders today, will be the members of the national team in EMX250. Both have shown a high level both in the Spanish Championship and internationally where they have left quality brushstrokes. Next year they will have a golden opportunity to play a good role and take the definitive leap in their sports careers.

López and Alonso will form the tandem in EMX125

Regarding the smallest category, EMX125, it is Manuel López and Marco Alonso who have won the direct pass to the European Championship thanks to the RFME. Both are very young but have a lot of projection and having the opportunity to be part of the national team will help them grow in sport.

Paco Rico, national coach: “We are going to take a step forward by participating in the 250 European Championship, without ruling out starting in a race in the MX2 World Championship depending on how the riders are doing. The truth is that in the 250cc the level shown by Samuel and Gerard has been very good. In 125cc the level of the riders is good and very even among all of them, but we have to work hard this preseason to be as high as possible in the European Championship because they still have a step to go. Finally we will have Marco Alonso and Manuel Lopez in the team. Thank the RFME once again for making the national team a reality and for these young people to have the opportunity to be part of them”.