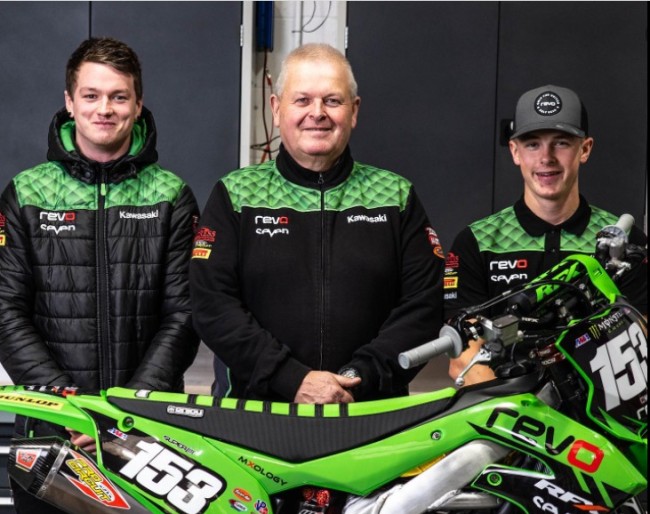 After British Championship and MX2 World Championship success in 2019 and 2020, the British born Kiwi and the REVO Seven Kawasaki team set their sights on the 2022 AMA Monster Energy Supercross Championship.

Dylan and the REVO Seven Kawasaki team will be heading to California next week to commence testing on board the new Kawasaki KX250, preparing himself for the up and coming West Coast SX rounds starting in January.

“Having attended many supercross rounds over the last eleven years, with my first being Anaheim in 2010, I am so excited to be competing as a team,’ explained Team Manager Mark Yates.

“Especially being a British team and technically a British rider with Dylan. Everyone thinks he’s a kiwi but he’s travelled as a Brit his entire life and only received his New Zealand passport in 2019, when competing for Team NZ at the MXON.”

“I think Dylan will definitely hold his own and he is no stranger to Supercross, having competed in the All Stars class at the Monster Cup back in 2016. We have no doubt that Dylan will qualify for the night show, but the goal will be to make the main event, and move onto the next round from there.”

Joining alongside Dylan, will be his 2021 and future 2022 British Championship team mechanic Luke Humphries, and Team Manager Mark Yates. Being based in Lake Elsinore, this will give the team a great opportunity to be fully prepared before the start of the season. With extensive engine development by the team and Scott Breeda at MXology, this has ensured that Dylan will be as comfortable as possible on board his machine in the US.

Speaking to Revo Seven Kawasaki’s Crew chief, Sam Yates, he said “I am really pleased to say that we are going to be racing the West Coast AMA Supercross series, with Dylan. It’s always been a dream of Mark and I.”

“We as a team have been working round the clock to get engine components designed, developed and tested alongside our engine partner MXology factory racing. Dylan is really happy with the engine and bike package, with more to follow in the next few weeks once the bikes are in the states.”

“I just want to thank Dylan’s Mechanic Luke Humphries, Josh Pitt’s who has done Dylan’s engine calibration, Scott Breeda from MXology and of course the big boss man Mark! Without these guys working tirelessly it wouldn’t be possible.”

“I am really excited to get to the USA and start our new journey competing in the West coast lites Supercross championship,’ explained Dylan.

“It has been my ultimate dream since I was a kid so I can’t thank Mark and the whole Revo Seven Kawasaki team enough for the opportunity. We have a really strong 250 Kawasaki machine and a family like team so I think we can do something special so can’t wait to get going!”