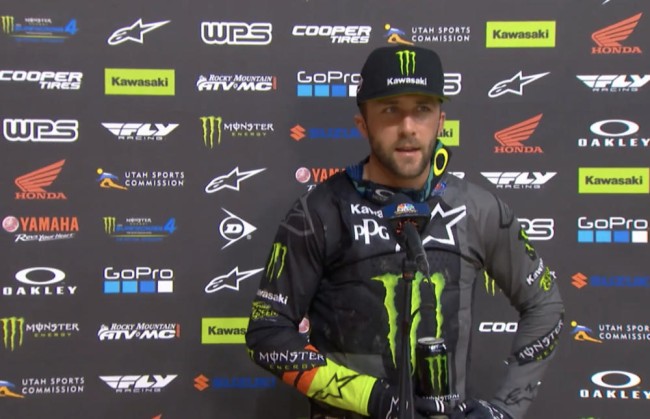 Eli Tomac went quickest overall but the top five are separated by less than four tenths of a second in what promises to be an exciting night of action on soft and rutted track.

Tomac acknowledged the technical nature of the soft soil and said he wanted a good gate pick to allow him to get a good choice of gate which he feels will be important with how the first turn is tonight.

Jett Lawrence went quickest in the 250 class despite a crash in each session and again he mentioned how tricky the track is with the soft ground and ruts making it very technical. Unfortunately Red Bull KTM rookie, Max Vohland, went down forcing a red flag and had to be stretchered off with what looks like a serious leg injury in what is a big blow for the youngster who had been riding very well so far in his rookie supercross season.