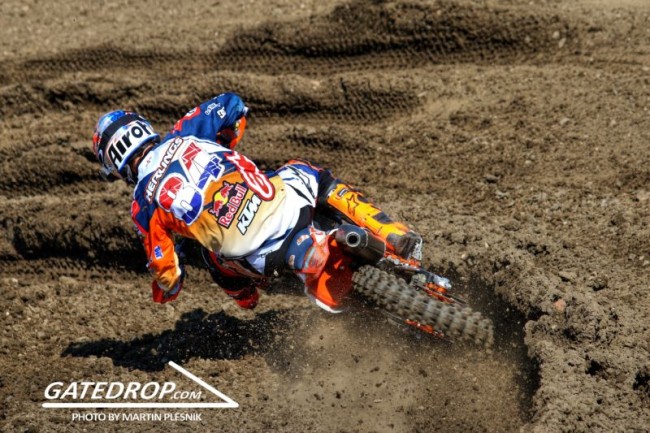 Zach Osborne goes 1-1 to end a brilliant season on a high.

“I’m super happy,I had the balls to come over here. The track was very demanding and fast.” The words of first moto winner Jeffrey Herlings who beat the best of America to win an AMA moto at his first attempt.

Herlings started third but moved into the lead on lap one passing Baggett and holeshot man Tomac. Tomac tried to fight back but hit the deck leaving Musquin to challenge Herlings for a while before the Dutchman inched away to the win.

Jeffrey Herlings stunned the American bubble to go from last to first including a first lap crash to win the second moto and go 1-1 in his first ever race in America!

Herlings climbed to second and was going 1-2 seconds a lap faster than Musquin when the Frenchman crashed out of the lead with two laps to go, giving Herlings a dream debut in America – and gave the MXGP world even more respect in America!