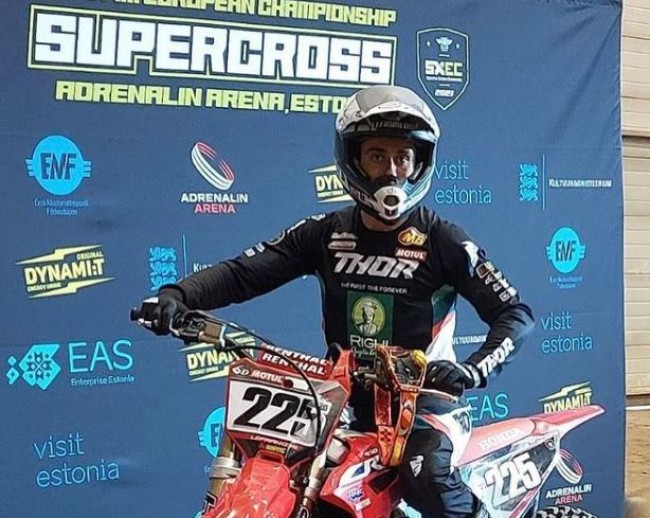 After two years of waiting, the European Championship 2021 takes place in the  Adrenalin Arena in Estonia. Three days of racing are on the program April 15th,  April 16th and 17th.

In the SX Men category, the French rider Charles Lefrançois was the most  consistent, winning a heat and winning with a one-point lead over Cheyenne  Harmon who traveled to Estonia from Texas. Fastest rider in qualifying, the  American will be keen to take his revenge tomorrow just like Thomas  Ramette. The French rider is on the third step of the podium after  experiencing a mechanical problem in the first heat which prevented him from  finishing. He wins Races 2 and 3.

In the SX 250 category, Kaarel Tiilk at home left no chance to his competitors.  Starting last after a crash at the start of the first race, he managed to win on  the last lap. Without mistake, he wins in the second and third race. Axel  Boldrini, takes the second place of the day. The French rider scores big  points and will be the Estonian driver’s main competitor. In third place is Boris  Blanken from the Netherlands. After a crash in practice, he has improved race  after race.

In the SX 125 category, Sebastian Leok won at home ahead of Noam Jayal.  The two competitors will fight for the title in this category.