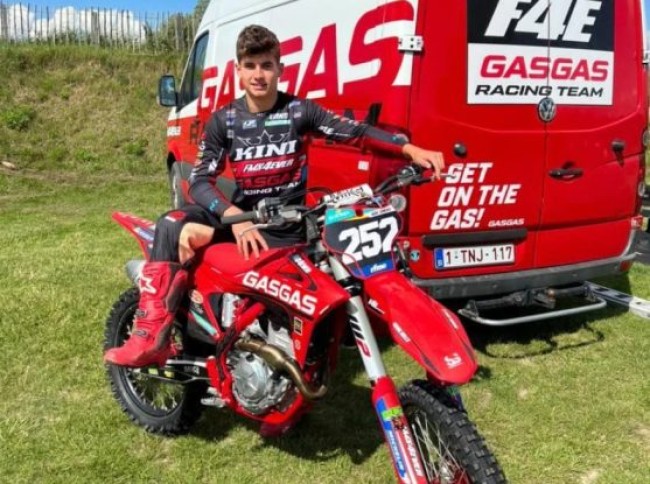 Young Spaniard, Raul Sanchez spent the start of the season with the Ghidinelli Fantic team but decided to part ways with the Italian based team. Ever since, Sanchez has been on the look out for another ride that would see him back in the GP paddock and he has now secured another EMX250 ride.

Belgian based team, F4E GasGas team who started the season with Guillem Farres have decided to snap up Sanchez for the rest of the EMX250 championship. Farres had an opportunity to move up to the MX2 World Championship with the Raths KTM team so the F4E team were on the look out for an EMX250 rider and Sanchez should be a good fit.

Sanchez will make his debut with his new team this weekend in Ernee and will be join Cuan Conway under the team’s awning with the latter racing the EMX125 championship for the team.