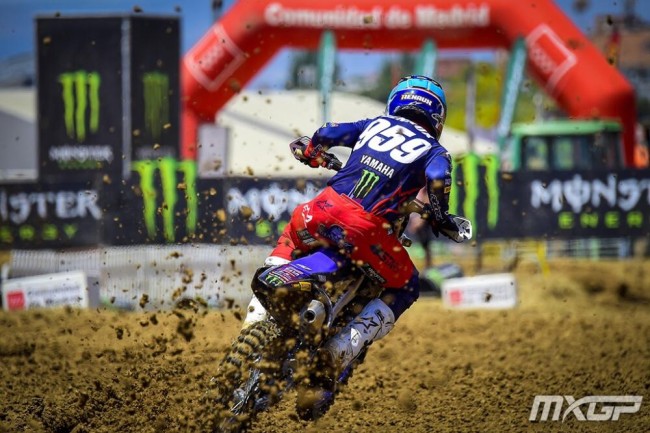 In the opening race, Maxime Renaux was finally able to take a good start when it mattered on race day. He started in second and quickly got himself into the lead with Tim Gajser and Jorge Prado in hot pursuit. It was a very intense three way battle for the lead and for the first twenty minutes Brian Bogers was having a superb moto keeping them right in his sights.

Renaux rode a fantastic race and with four laps to go made a small gap at the front which he was able to keep to win a very impressive moto.

In the second moto, Jorge Prado was leading and pulling away at the front with Maxime Renaux in second. The latter knew if he stayed in second it would be enough to win the GP overall but then out of nowhere Prado crashed and left Renaux to take the moto win and his first MXGP overall in style.

Tim Gajser didn’t get a good start and didn’t ride with his usual authority finishing in sixth behind the impressive Mattia Guadagnini.

Glenn Coldenhoff and Brian Bogers had fantastic days despite conditions being hard pack and slick as they finished second and third overall respectively.

At the end of the race, Prado visibly looked to be struggling with the heat and faded to elventh with the impressive Valentin Guillod passing him to get himself into the top ten. 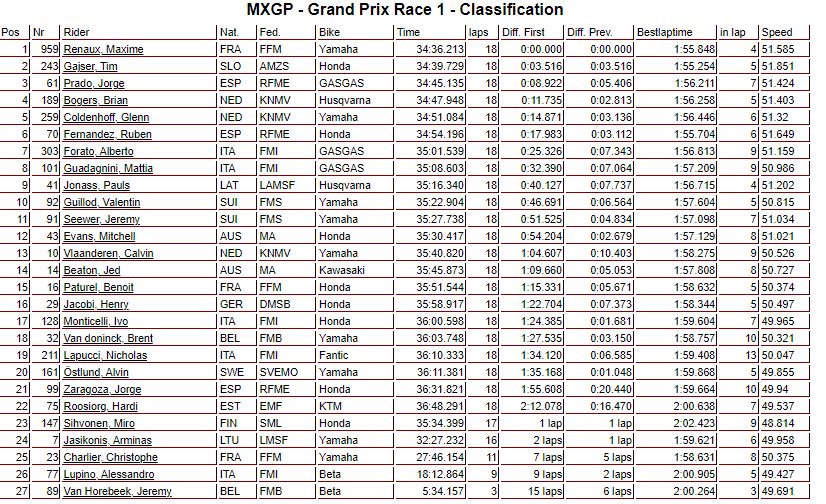 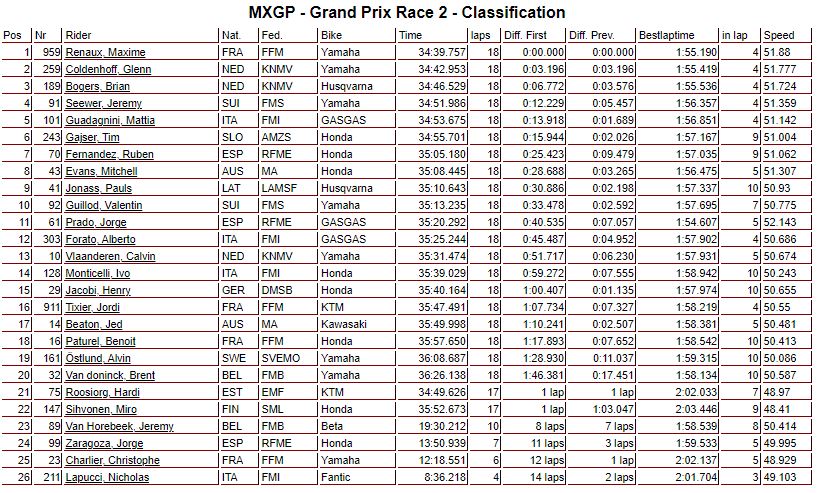 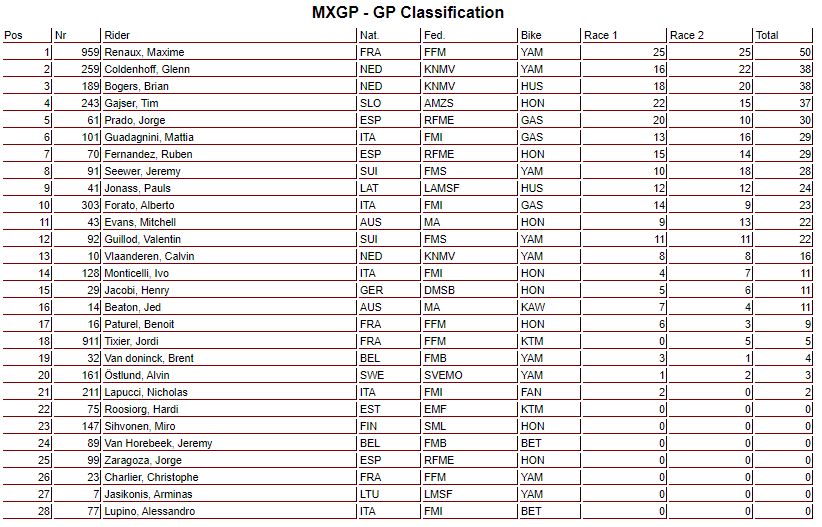 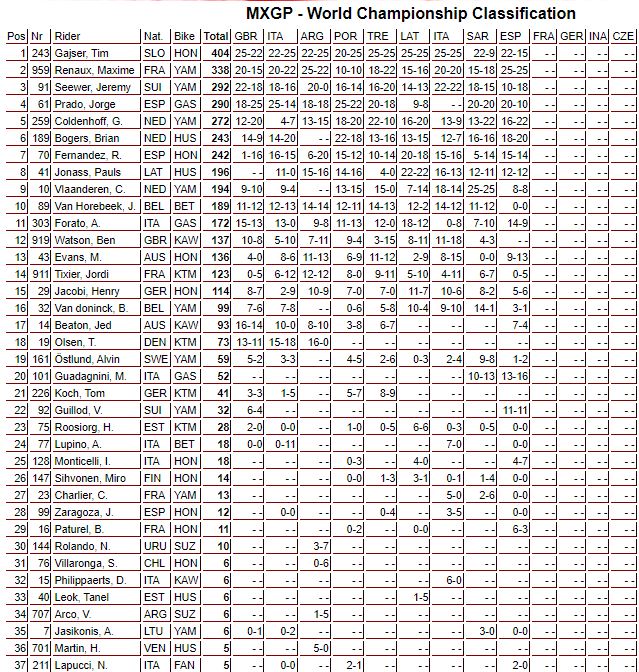