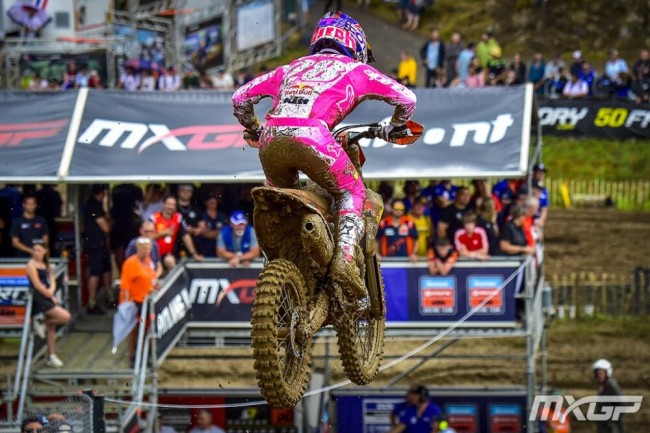 Ernee is packed full with passionate French fans and the opening MX2 race didn’t disappoint. Tom Vialle and Jago Geerts put on a show to say the least.

It was Kevin Horgmo and Simon Laengenfelder who were 1-2 on the opening lap but Vialle and Geerts did what they do and made passes to get to the front. Vialle had a 5 second lead over Geerts by the time the Belgian got into second but Geerts got the gap right down. As he got onto Vialle’s back wheel he lost the front.

Geerts picked it up in second and caught Vialle yet again with two laps to go but no matter what you throw at Vialle he always seems to find an answer – he held on to win the race and set his fastest lap of the race on the final lap. A fantastic battle between the pair and at a very challenging and tricky circuit.

Meanwhile Stephen Rubini rode really well to finish in a strong fifth and Thibault Benistant came back from dead last to eighth – with a start he could be the danger man at the front.

The second MX2 moto lived up to more fantastic racing in a three way battle at the very front. Benistant got a good start and passed Vialle on the opening lap and Geerts was right there. Geerts then made a move on Vialle with the Factory KTM rider making a mistake leaving it a two way battle for the lead.

Benistant rode an immaculate race to hold off his team mate and the French fans were buzzing to see Benistant win the moto and Vialle take the overall. There’s clearly no team orders at Factory Yamaha – if they lose this MX2 championship battle some of it might be from their own doing but what a championship battle we have on our hands. 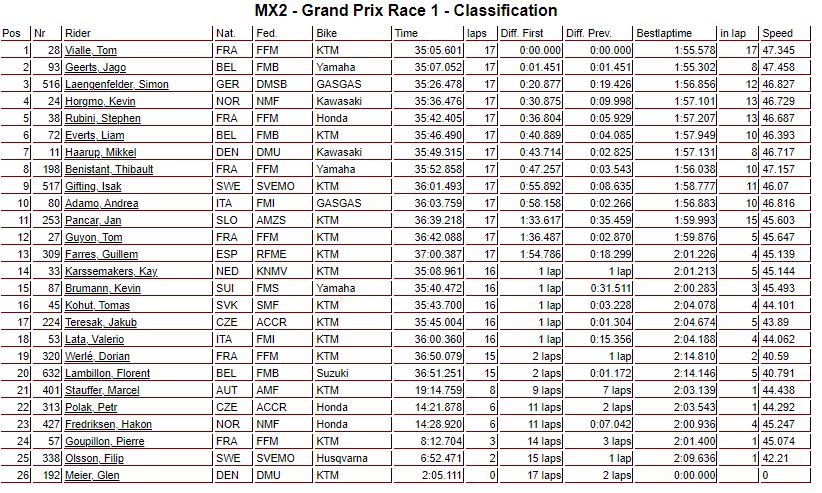 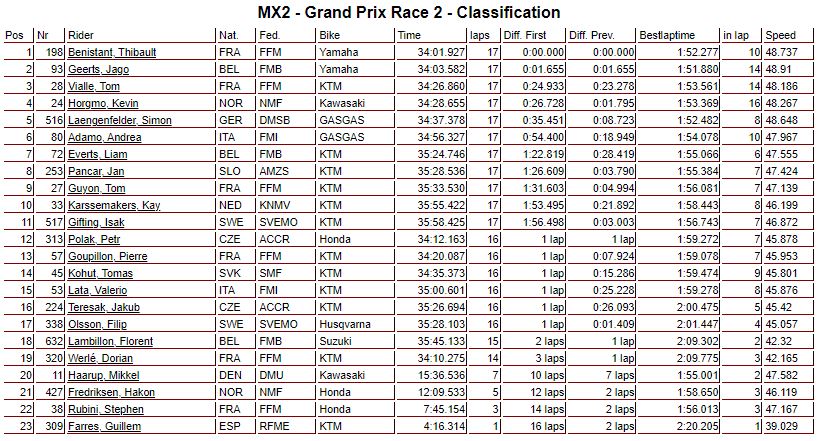 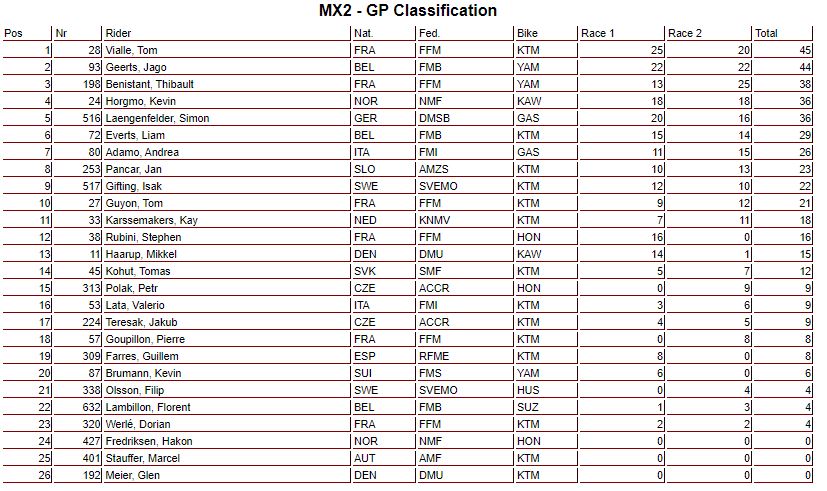 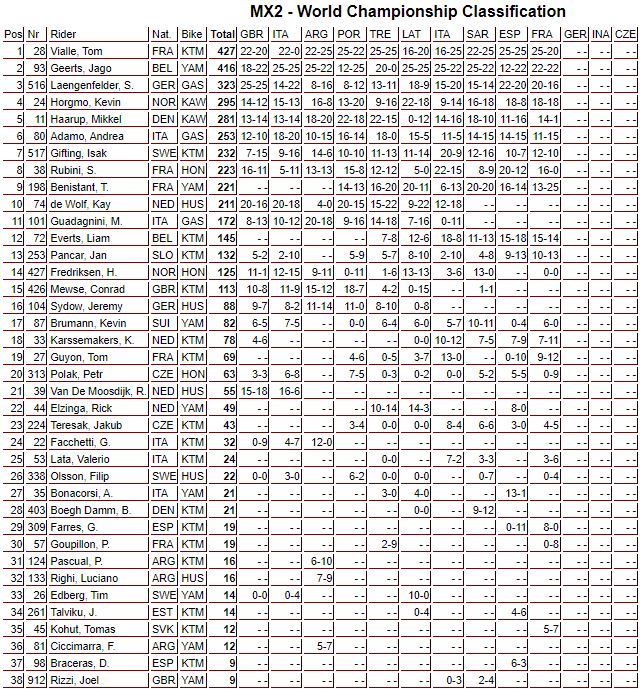