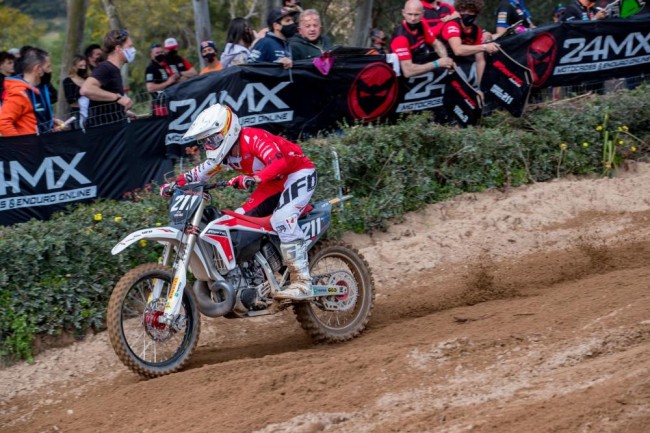 Nicholas Lapucci really is the man of the moment – in the MX2 moto at Mantova the Fantic two-stroke rider took the holeshot and simply dominated.

After an average start, Roan Van de Moosdijk worked his way up to second but it wasn’t a great moto for his team mates. Boisrame had a bike issue during the opening stages which forced him out of the race while Haarup was third on the opening lap before a huge crash! Thankfully the talented Dane appeared to be okay.

Ramon Savioli was very impressive as he came home in third and put his Husqvarna two stroke on the podium. 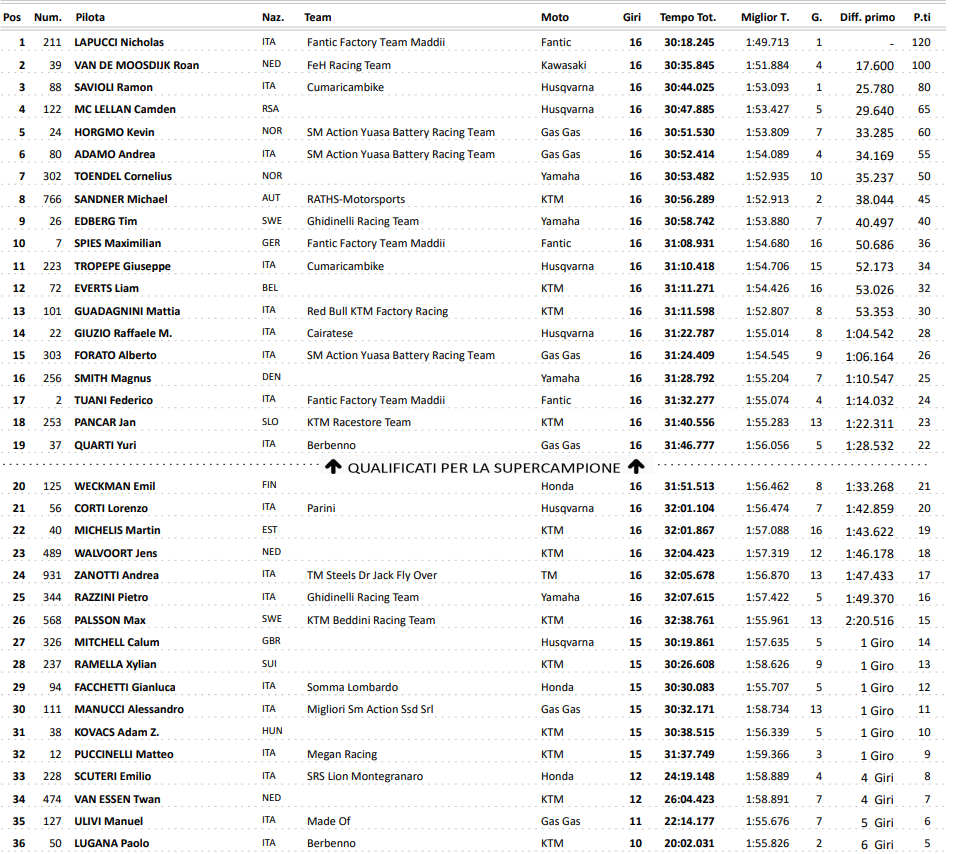