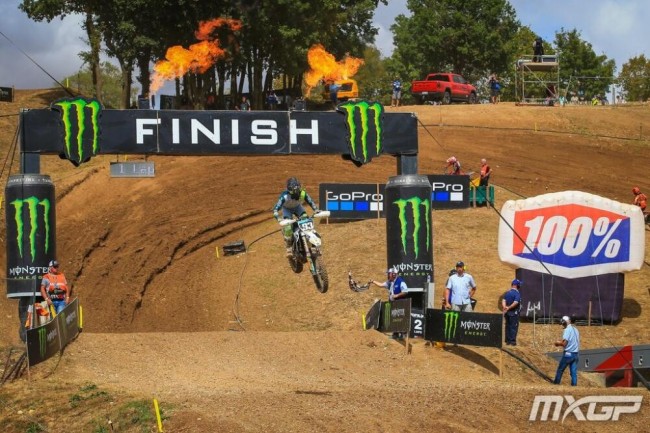 The opening EMX250 race belonged to the ever impressive Lucas Coenen who is on a roll at the moment – that was his fifth moto win as he goes from strength to strength on the 250cc. It all went wrong for Cornelius Toendel after the first corner as he collided with Yago Martinez in a race incident. It saw Toendel dead last. Rick Elzinga was in championship mode and finished eighth to clinch the EMX250 championship with a race to spare.

Quentin Prugnieres and Camden Mc Lellan were the two riders making passes at a track that was very difficult to overtake on with them finishing third and sixth respectively.

The second moto was another Lucas Coenen masterclass as he dominated once again – what a future the young Belgian has. Maxime Grau rode well on his Nestaan Husqvarna to finish a strong second to get on the podium with fellow French talent, Quentin Prugnieres.

Camden Mc Lellan rode well but just missed out on the podium by finishing fourth overall. 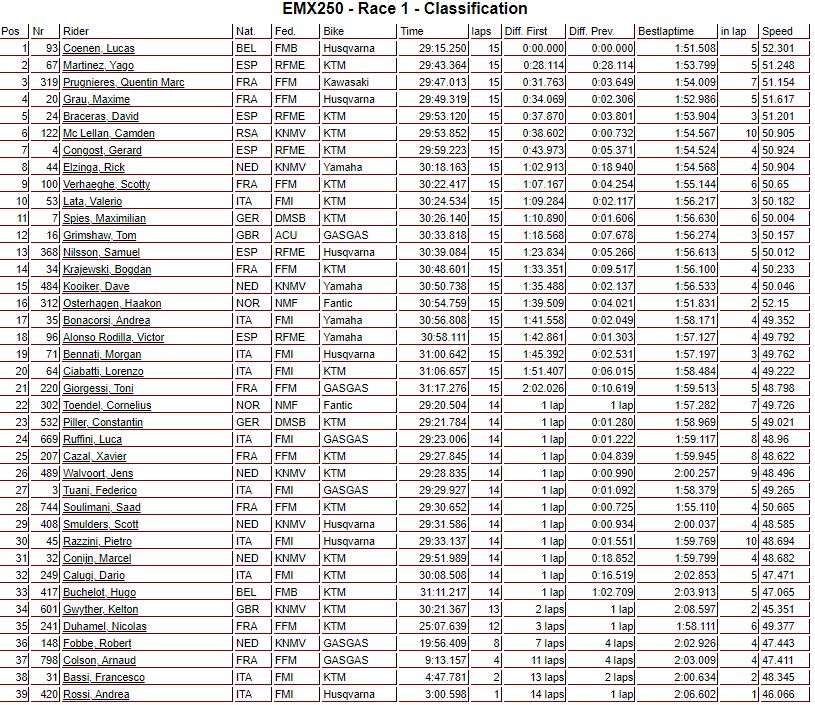 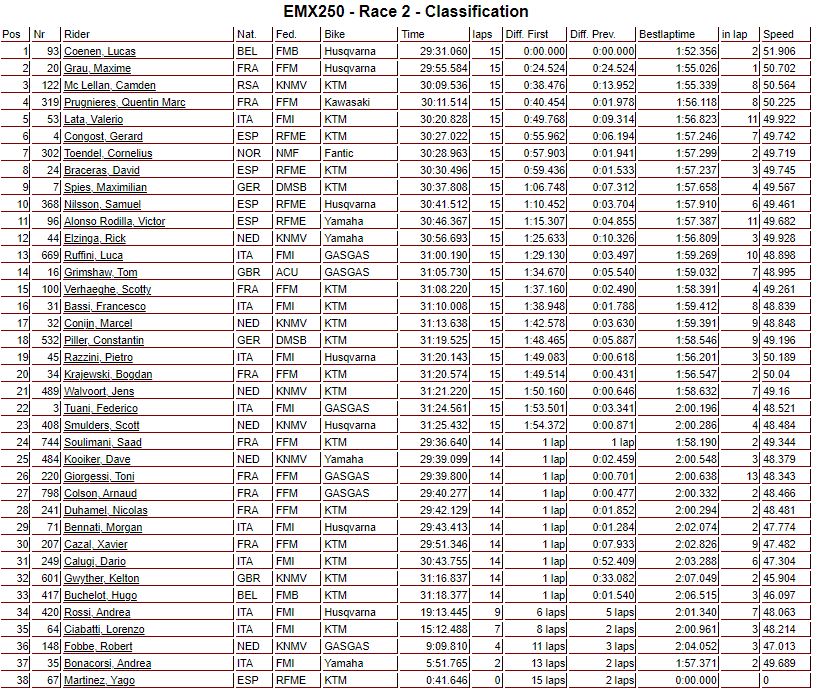 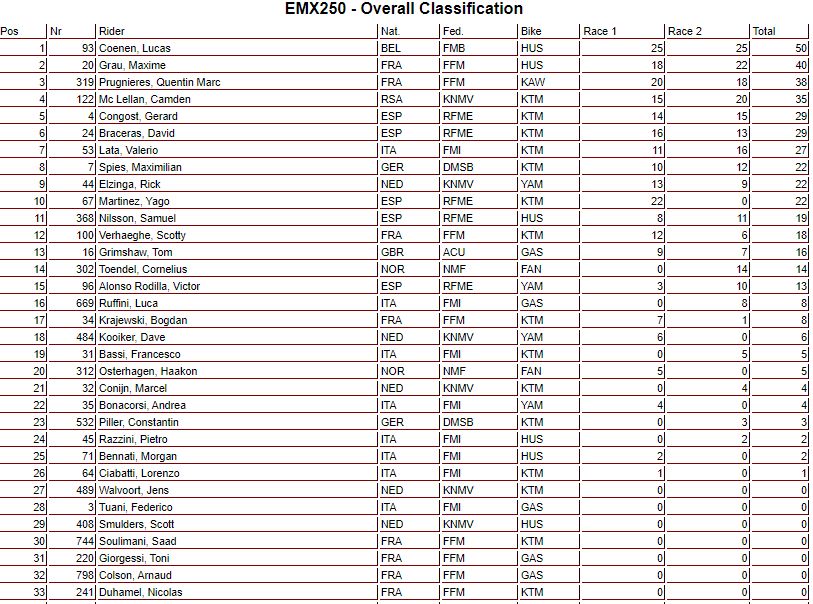 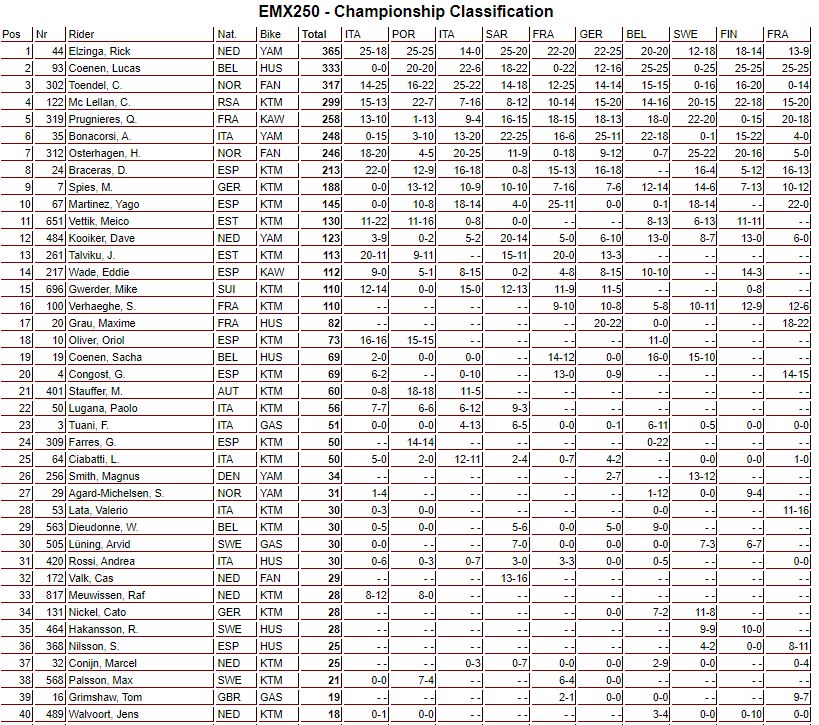