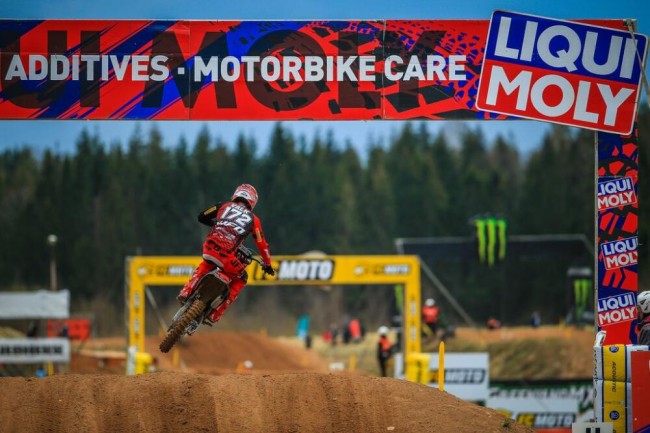 The opening EMX125 race of the weekend was a cracker! Karlis Alberts Reisulis held the early lead and looked to pull away at the front. His younger brother had other ideas though after passing Maximilian Werner for second he closed up and made a move for the lead.

Behind that Cas Valk was on a charge as he was outside the top ten on the first lap but the Fantic Maddii rider made plenty of passes and started to close on the front two with Ivano van Erp closing up on him, the latter crashed on the second lap but was charging through the pack and set the fastest lap of the race on the very last lap. In the end very little split all four riders at the finish line but it was a Reisulis 1-2 at their home GP!

Coming into the race as the championship leader was Alexis Fueri who had a strange race, he was right at the front before his holeshot device clicked into place slowing him down but fortunately it sorted himself out and he was in sixth but then took a big crash meaning no championship points from race one.

Taking the holeshot in race two, Cas Valk showed exactly what he’s capable off as he completely dominated winning by over sixteen seconds to take the overall win and more importantly the championship lead.

There was a good battle for third with the MJC Yamaha’s and Reisulis Brothers all at it. It was Ferruccio Zanchi who showed some great race pace to make a number of passes and come home in second.

It was a great round for the Reisulis Brothers as both of them got on the podium. Considering Janis Martins just turned 14 years old he’s one to keep an eye on in the future.

After his big crash yesterday Alexis Fueri rode well under the circumstances to come home in seventh to keep his championship hopes alive. 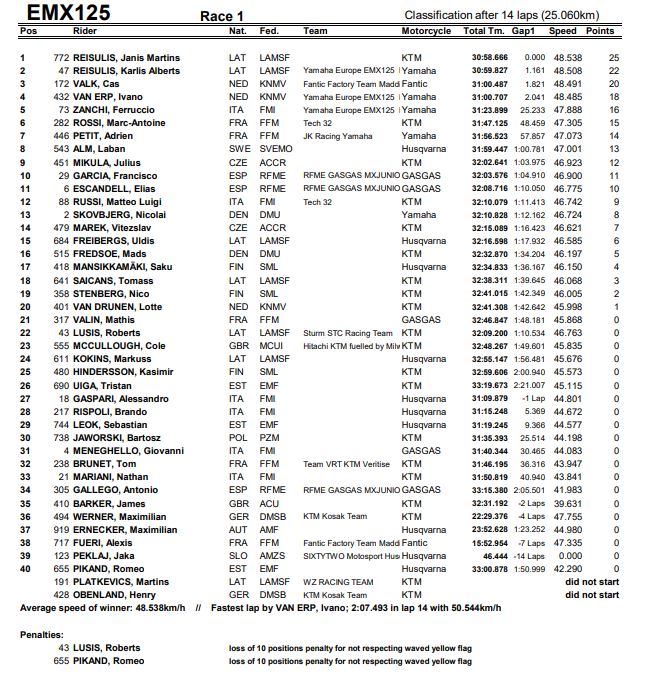 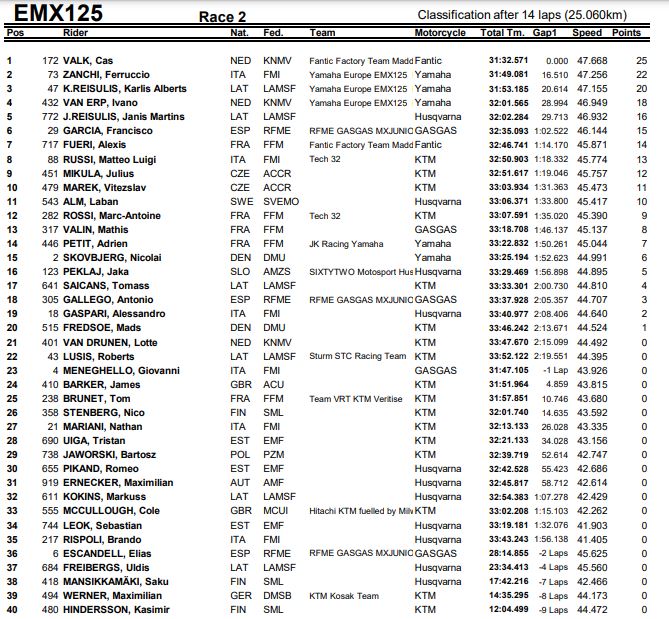 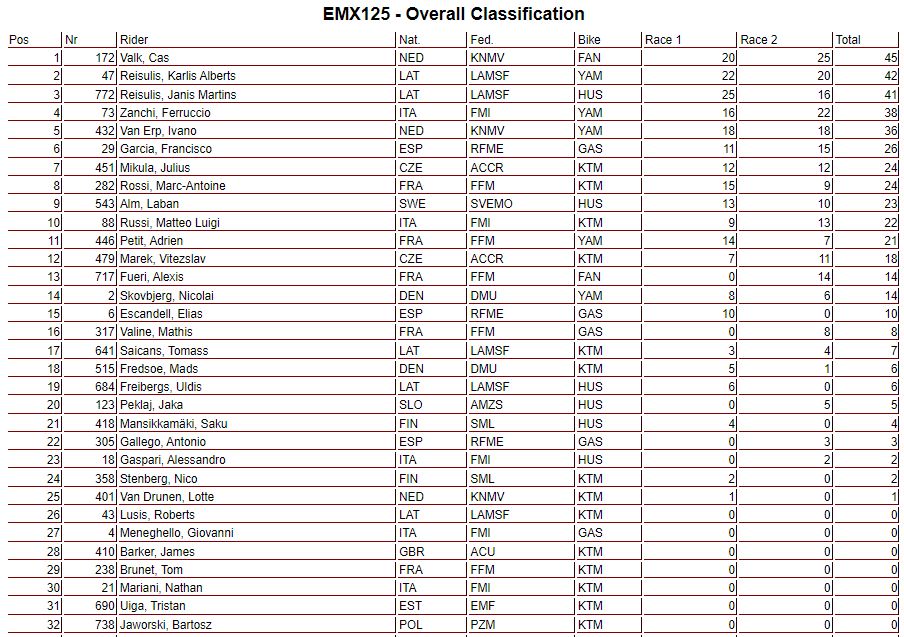 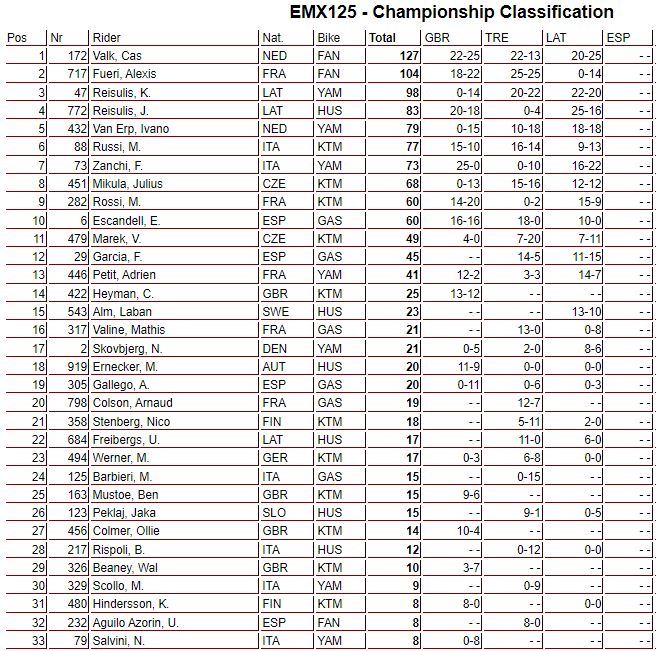