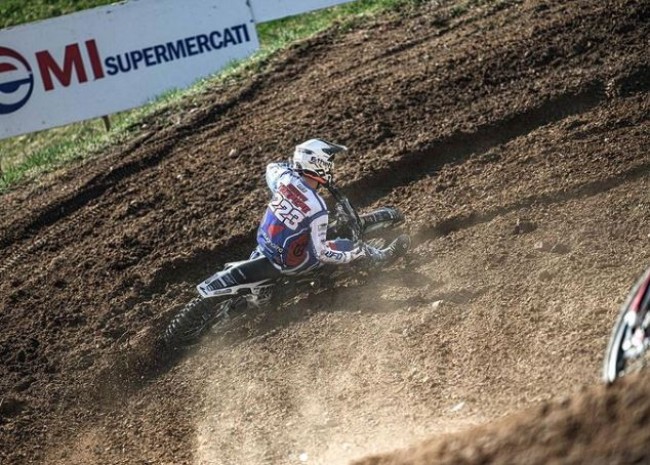 In the opening EMX Open race it was Giuseppe Tropepe who took the win. It was Michael Sandner who held the early lead but he crashed in the early stages at an already choppy, tricky and slick circuit. Tropepe passed Pezzuto to take over the lead on lap seven to take the win.

A number of the heavy hitters got caught up in the first corner but they managed to recover well. Marcel Stauffer came up to fourth with Jose Butron making his way to fifth.

In the second EMX Open race, Michael Sandner held the early lead and was able to stay out of trouble this time taking the second moto win. However, it was Giuseppe Tropepe who took the overall win going 1-2 on the day.

Rounding off the podium was Slovakian rider, Tomas Kohut going 6-3 on the day.

Michael Sandner now has the championship lead heading into round three at Latvia. 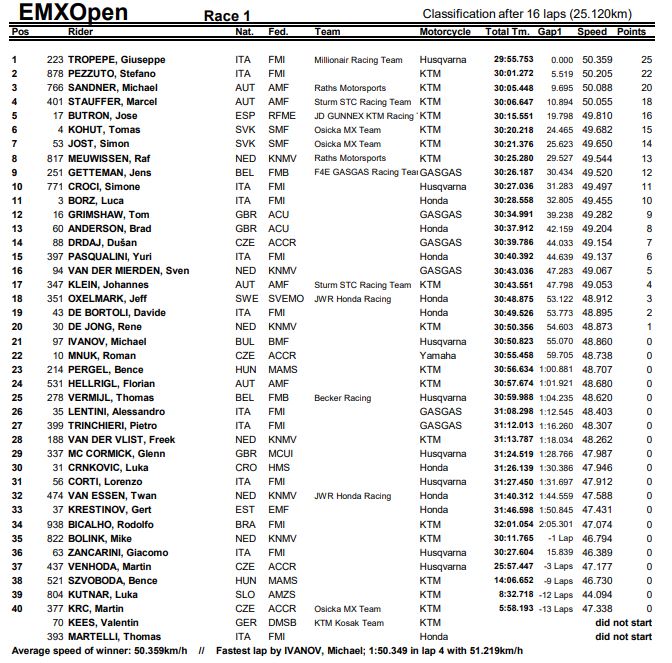 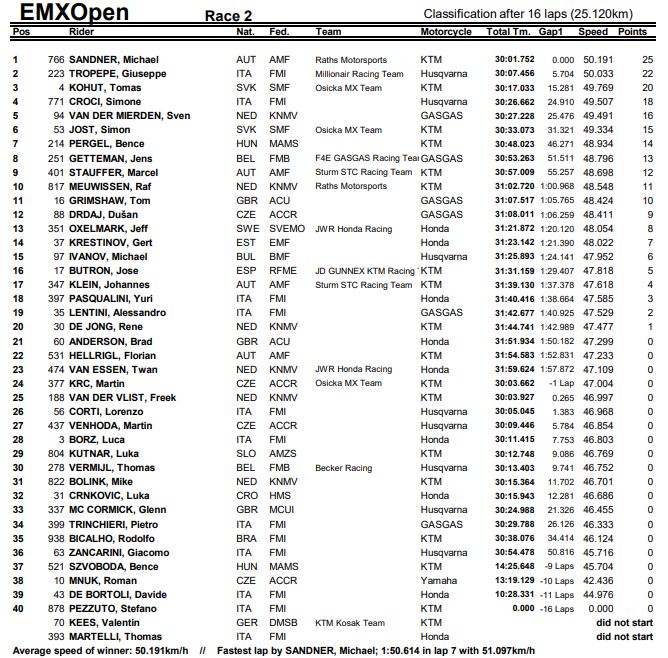 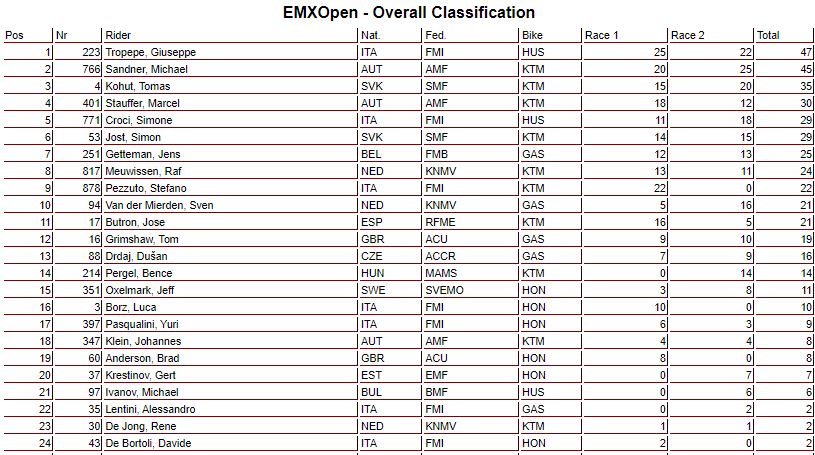 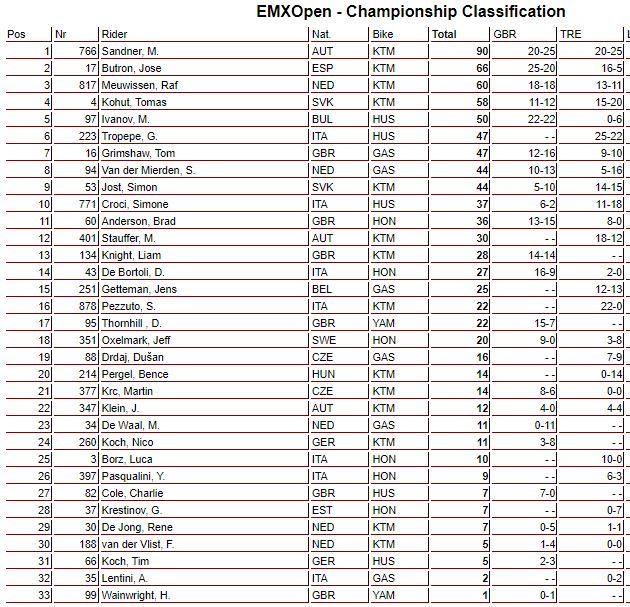