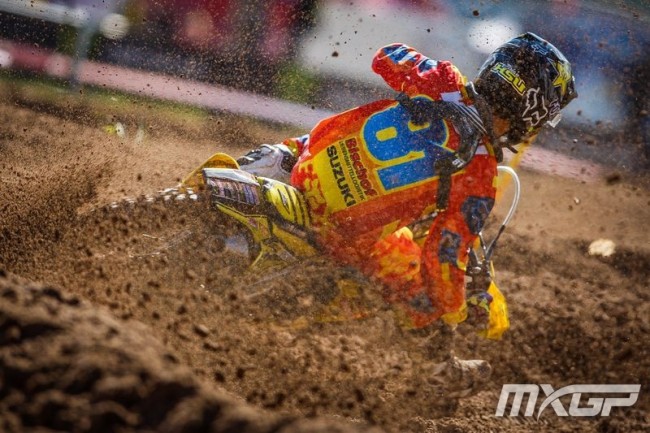 Brain Hsu got his day off to the perfect start after wining the first ADAC MX Masters moto of the day. Henry Jacobi who was the quickest qualifier started outside the top three but worked his way into second on his STC Husqvarna.

Christian Brockel rode well to finish in third ahead of Jonathan Bengtsson and Dennis Ullrich.

In the second race of the day it was Jens Getteman who took the win on his Pfeil Kawasaki. He held off Dennis Ullrich but the German holds onto the championship lead heading into round six.

Henry Jacobi finished third in the second moto but after second in moto one that give him the overall victory! He is starting to improve and will be hoping to carry this form into the MX2 GP’s. Brian Hsu who won the first moto started outside the top five but made a mistake, he could only get back to fourtheenth.

In the ADAC MX Youngsters Cup, Nichlas Bjerregaard who is making his return from injury won the first moto of the day.

Tom Koch and Thomas Sileika put in good rides to finish second and third respectively. Zach Pichon managed fifth in moto one as he also makes a return to racing.

However, winning the second moto and taking the overall victory with it was, Lukas Platt. He held off to Polish riders, Szymon Staszkiewicz and Ganriel Chetnicki who impressed. Tom Koch could only manage ninth in the second moto but still ended up second overall. Chetnicki got himself on the podium with a third overall edging out Staszkiewicz.