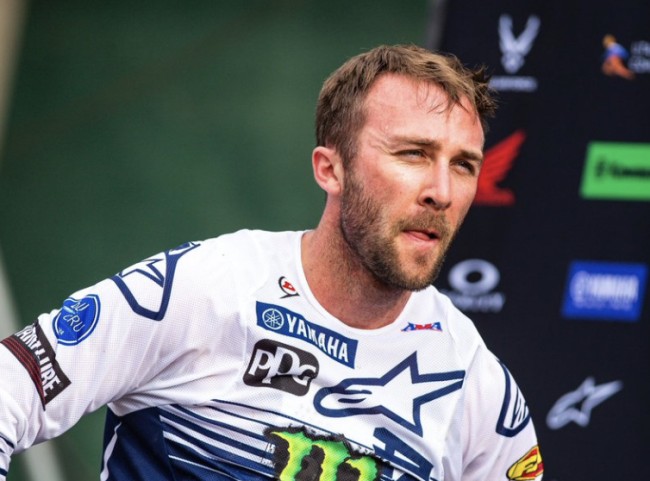 It was a special night for Eli Tomac at Denver as he clinched his second AMA Supercross title which sees Yamaha claim the title they’ve been chasing for many years.

It was Chase Sexton who took the holeshot in the 450SX main event with conditions very slippery and hard pack. It was Eli Tomac and Jason Anderson on the HRC Honda’s man rear wheel with Sexton then making a mistake which saw Tomac take the lead.

Anderson quickly found his way to the front to take a very dominant win. With the championship on his mind, Tomac then appeared to ride conservatively to come home in fifth but it was enough to secure the title. After taking the championship win, Tomac revealed he hurt his knee recently at Atlanta and hasn’t been 100% fit for the last three rounds.

Malcolm Stewart rode well to finish an impressive second with Marvin Musquin rounding off the podium in third. After his early crash, Sexton was able to recover to a solid fourth.

In the 250SX class it was on between Hunter Lawrence and Christian Craig at the front as they were right at the front of the pack around the first corner. During the first five minutes, Craig was putting Lawrence under a lot of pressure but the latter was dealing with it well and doing well to stay ahead. With ten minutes to go Craig made a mistake and went down dropping him down to seventh.

Lawrence was then able to control things at the front to take another very strong victory which sees the championship chase going down to the final round – it’s now an eighteen points deficient. Michael Mosiman benefitted from Craig’s crash to come home a strong second with Craig charging back to third and the final step on the podium. 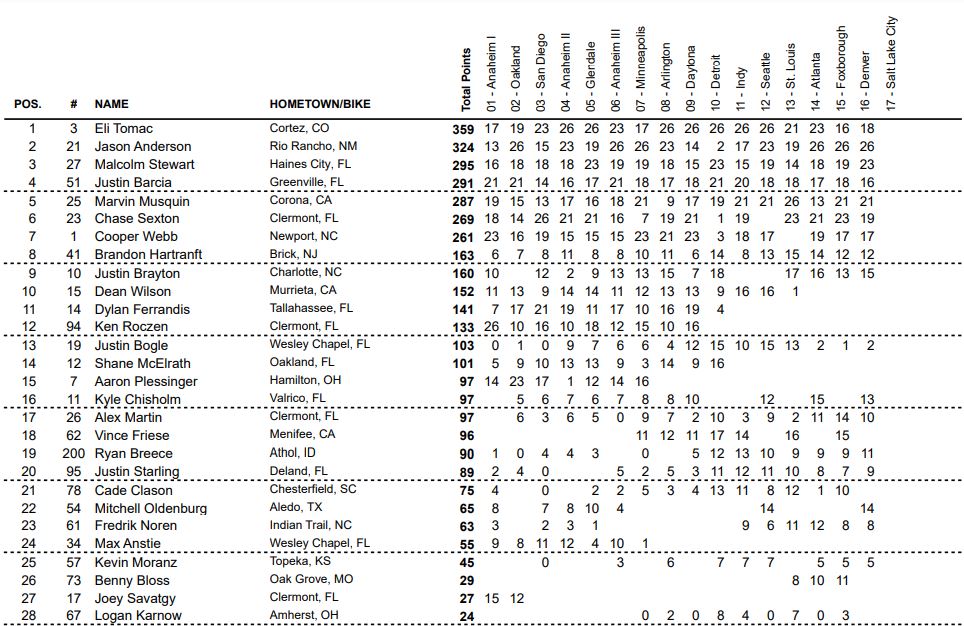 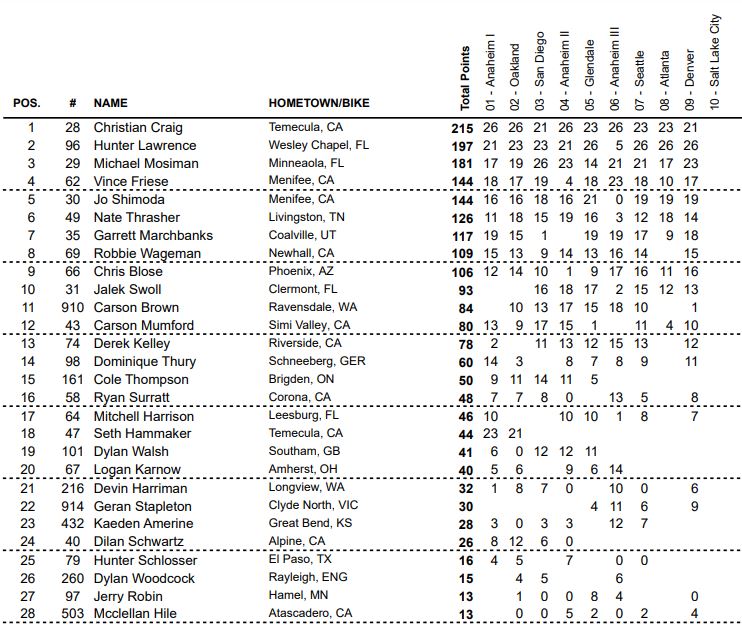