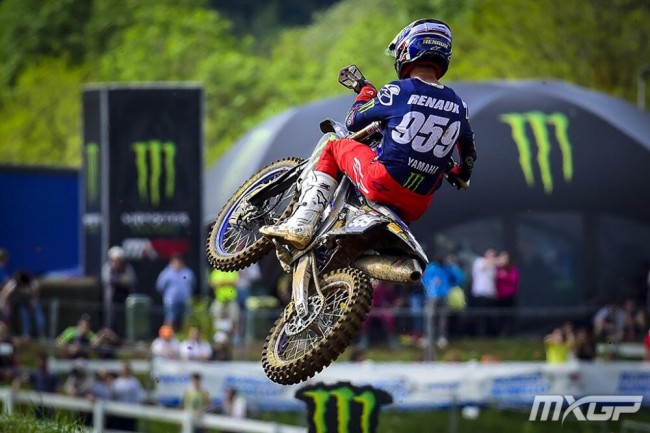 Maxime Renaux grabbed the holeshot in the MXGP qualifying race but had an aggressive Mitch Evans to deal with in the first couple of laps. After dealing with Evans he started to build on a comfortable lead at the front. However, the Factory Yamaha rider then made a mistake which allowed Evans to lead.

Renaux was determined to catch Evans and with a lap to go was on his back wheel – on the final lap he was able to pass the Aussie to take an impressive qualifying race win.

Valetin Guillod rode well to finish a strong seventh with Jorge Prado a worrying fourteenth behind his team mate. 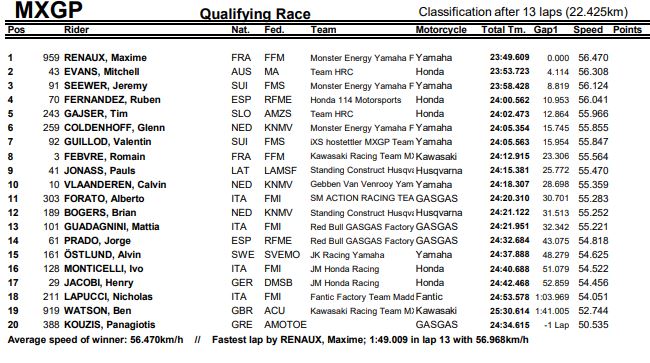