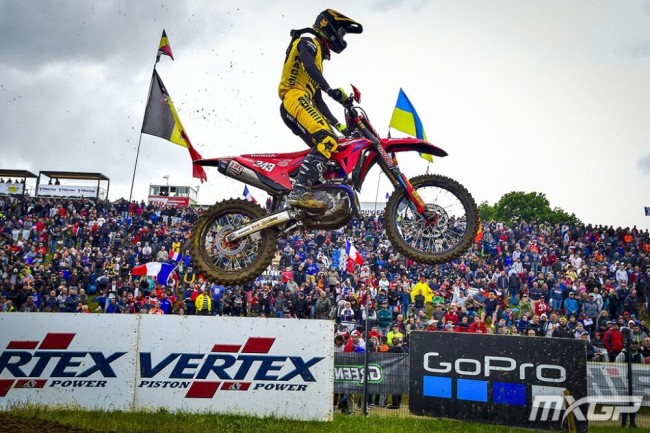 The MXGP qualifying race was all about Tim Gajser as it was total domination around a sketchy hard pack circuit. The HRC Honda man took the holeshot and never looked back – if he gets the start tomorrow he’s going to be hard to stop.

Mitch Evans got a good start and it was nice to see him back at the front again before he dropped back to fifth.

Pauls Jonass rode a great race to finish second – he had some late pressure behind from Jorge Prado and Jeremy Seewer but managed to come home in second.

On his return to racing, Romain Febvre had a good race finishing sixth. On the opening lap Maxime Renaux took a huge crash which ended in retirement – hopefully he’s okay to line up tomorrow. 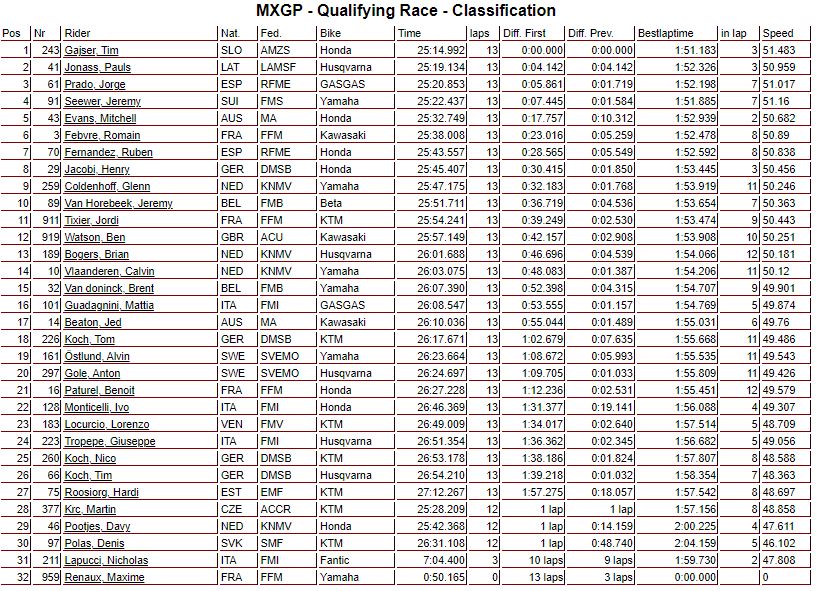