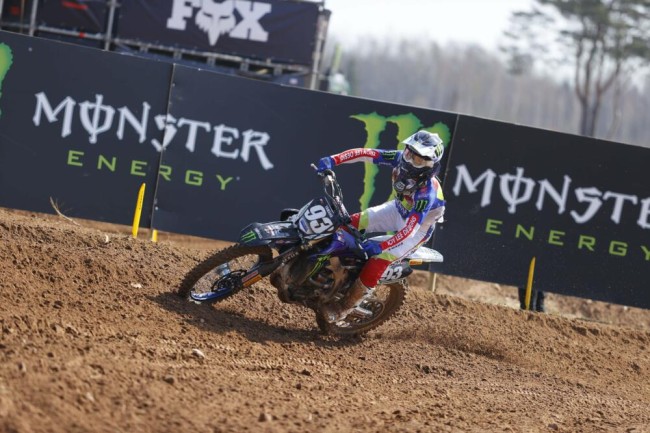 Jago Geerts took the holeshot and never looked back during the MX2 qualifying race at Kegums. The Belgian ended up 13 seconds ahead of Isak Gifting who was very impressive passing Tom Vialle for second.

The Kawasaki’s were also on the charge after they passed Simon Laengenfelder and Horgmo was right on Vialle’s back wheel on the last lap. Haarup wasn’t far away before taking a big crash but he managed to come home in nineteenth.

Jeremy Sydow had a very solid race on his first Factory Husqvarna ride finishing fifth. A couple of the heavy hitters went down at the first corner but Kay de Wolf came up to eighth with Thibault Benistant eleventh. 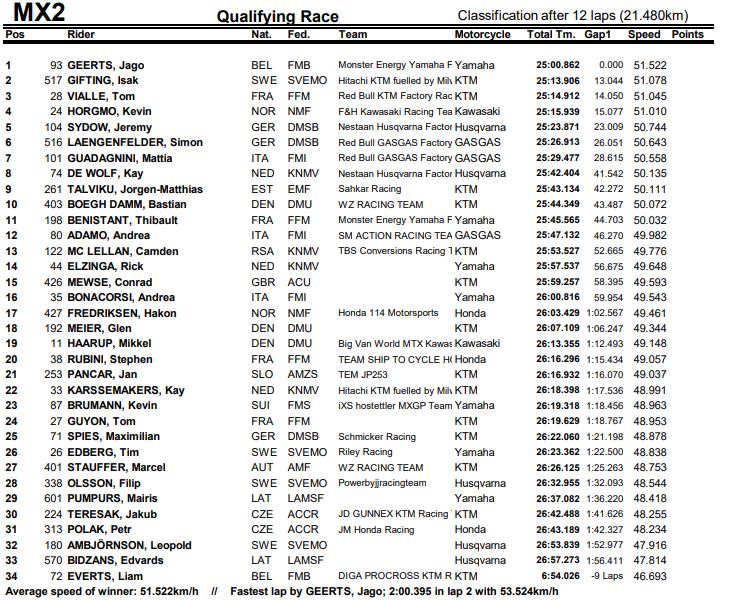