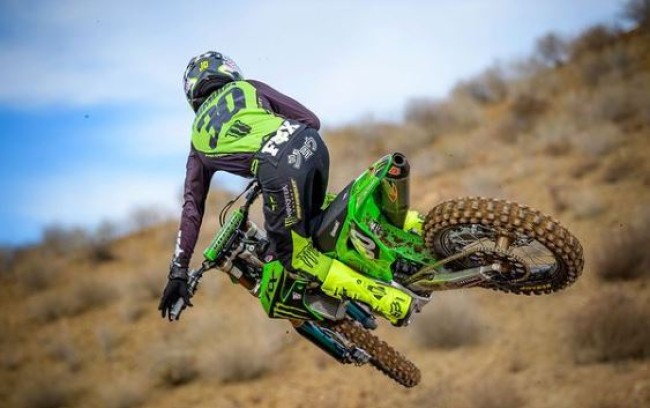 Pro Circuit Kawasaki have finally revealed that Austin Forkner and Jo Shimoda will race East coast with Seth Hammaker, Jordon Smith and McAdoo on the West. The team usually wait until the last minute but have revealed who races where with a couple of days to spare!

It means it will be Forkner back in action from injury and new signing Shimoda racing the first seven rounds of the season so the Austin Forkner v Jett Lawrence rivalry will be in action straight away on Saturday night – they aren’t big fans of each other after Forkner and Jett’s brother Hunter got into it last season.