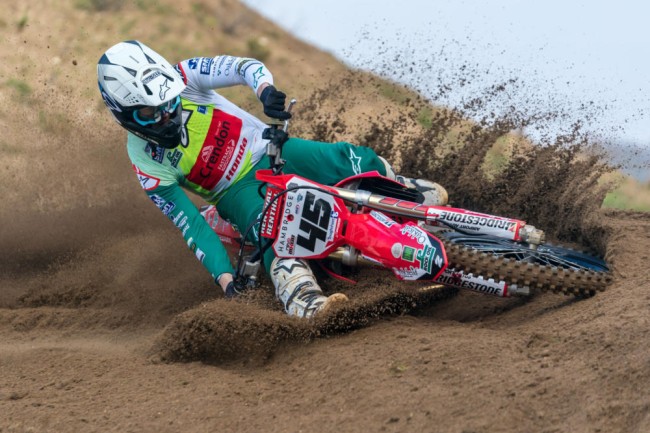 Jake Nicholls has admitted his disappointment at not being able to be on the gate for round one of the British championship at Culham on his Crendon Honda tomorrow – but he is hoping to be ready for round two!

Nicholls, one of the pre-season favourites for the title, said: “I had to make the tough decision of sitting out of this weekends first round of the British Championship yesterday afternoon following a check up on my shoulder. I have tried to ride a few times in the last 10 days and I can take the pain but I can’t do anything about the loss of strength and grip after a few laps and myself and @davidthorpe858689 agreed that it won’t be safe to race at the highest level. I’ve worked my ass off ahead of the opening round of the season so I am very dissapointed, but I will continue to look forward and work hard ready for the next round.”