MXGP: What’s the power of a name or a number? 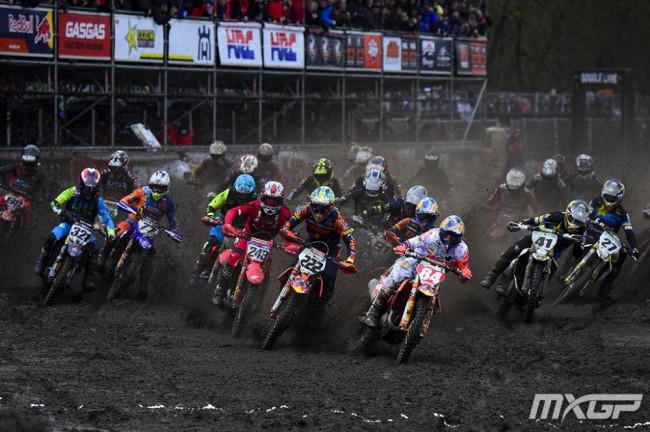 MXGP 2021 might still feel far away but the riders I’ve spoken to about the reluctant 65th season of Grand Prix racing have all talked about the ‘usual guys’ as title contenders and naturally Red Bull KTM’s Jeffrey Herlings is one of the first figures to be mentioned.

Herlings is a brilliant competitor and in some ways the archetype racer: utterly single-minded, endlessly hungry for success, prone to swagger. But the 26-year-old Dutchman carries a medical file thick enough for a small rider to use as foot stool in a start gate. He has also failed to complete the last two seasons due to three separate ‘entries’ to that catalogue of injury.

Elite level riders are the first to know just how good their rivals or peers are or can be. So, when journalists ask for predictions for the year it’s usually because their insight can be revealing. I’ve mentioned it before but David Philippearts’ statement to me in early 2009 that Clement Desalle would be a challenger that season is a fine example. Desalle had occasionally barged and banged his way around the mid-section of the premier class in 2008 riding a two-stroke RM-Z250, surprising with some top ten finishes and then signing to ride a privateer Honda for the LS team. He was just 20 years old and undoubtedly had a future. But good enough to vie with Coppins, De Dycker, Nagl, Ramon, Pourcel and Philiippaerts himself?

The Italian was proved right. Desalle would win three Grands Prix and finished 3rd in the points table in just his third full season, one position and eleven points above Philippaerts who struggled with Yamaha’s new ‘reversed’ YZ450FM and then the team’s use of Ohlins suspension in 2010 when Desalle really flourished as a factory Suzuki rider. The media were getting used to Desalle’s candour by the end of 2009. Still building up confidence with his English, the Belgian was forthright enough to say in the press conference for the season-ending Brazilian Grand Prix – an event heavily branded by title sponsors Honda at Canelinha and which he had won on the LS CRF450R – that he owed Honda nothing, and the brand had offered scant assistance to him and the team that year when he was by far the brand’s best representative (the next highest Honda rider in MXGP was the injury-hit Billy Mackenzie who finished 18th). I was writing press releases for HRC at the time and had to smile at his honesty, a touch of naivety and the tendency to say whatever was on his mind, a characteristic that stayed with him until his retirement at the end of 2020.

Back to Herlings though. While he is followed by an undesirable shadow of unpredictability, his quality is beyond doubt. He is already one of the most victorious riders in the history of the sport, the best MX2 racer of all-time, the leading Dutchman and arguably the most ruthless sand rider ever seen. The KTM stalwart has another two full seasons on the 450 SX-F after 2021.

He should maintain his billing and status as one of – if not the – leading rider in MXGP by virtue of his pedigree. When Herlings won – no, decimated – the 2018 MXGP FIM World Championship it was an achievement that goes beyond numbers. The sheer superiority of his performances created deep reverberations in the sport that last to this day. It means the sight of that orange #84 and the Alpinestars gear carries extra gravitas when rivals see a flash of it coming or disappearing on track.

There were 20 Grands Prix in 2018, the longest season in the history of the FIM World Championship. Herlings broke his collarbone while practicing and missed one round. He won 17 GPs and finished runner-up in the other two. He swept the last 17 motos (!) of the series in a row.

I’m sure a small part of every 2021 MXGP rider prays that the same animal does not awake. Herlings talked of the physical and mental cost of reaching such a level in 2018 and even now admits that might have been his peak. Despite being a competitive giant Herlings is a sensitive and inhibited person so it was eyebrow-raising but also understandable when he admitted to Eurosport colleague Frank Weeink in an interview published on the monolithic German website speedweek.com that he believes riders might not be ‘afraid’ of him anymore. I think Jeffrey is doing himself a disservice. Every single racer in the paddock knows that they need to reach a lofty platform of consistency to ward-off that #222 and beat Tony Cairoli for that gold medal at the end of the year but Herlings is still the benchmark for speed, even if he does have people like Jorge Prado and Romain Febvre in hot pursuit.

2018 not only gave Herlings a strong, shining layer of armour but his impact elevated the standard. For the first time riders, teams, brands collectively had to go back to base and take a 360 look at how the Bullet could be beaten. The urgency and the prolificacy of Herlings that season even eclipsed memories of the grip that Cairoli used to have on the class, in part helped by the fact that Herlings comprehensively defeated the Italian who could only hang onto his roost and hope for a Herlings mishap. Jeffrey constructed a watermark that very few will ever reach. He also crafted an aura. And smart riders can use this ‘presence’ as part of their arsenal.

Reigning champion Tim Gajser – who, at 24 years of age, with two premier class titles and seven seasons in HRC – is the best rider in MXGP and won the 2020 pandemic-ridden contest in difficult circumstances but even the Slovenian’s profile is still in the shadow of the ‘2018 Herlings’. One of the pressing questions for 2021 will be how much the KTM man can evoke some of that past and present power or will the damaging effects of 2019 and 2020 mean we’ll see a more mellow monster?