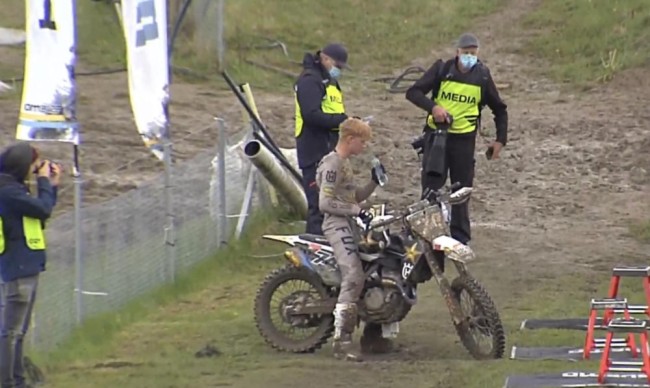 It rained all day but the youngsters and the future of MXGP shone through despite the mud in Sweden. Kay de Wolf dominated race one leaving Isak Gifting and Simon Laengenfelder to battle for second with the verdict going to Gifting and a mistake dropping Laengenfelder back to sixth at the end. René Hofer took third with Liam Everts having a great ride to go from tenth to fourth.

Race two was even better for Everts with the Belgian gating fourth and passing Laengenfelder for second in the last couple of laps. This time it was René Hofer with the runaway win to take the overall and Kay de Wolf back in fourth after a poor start.