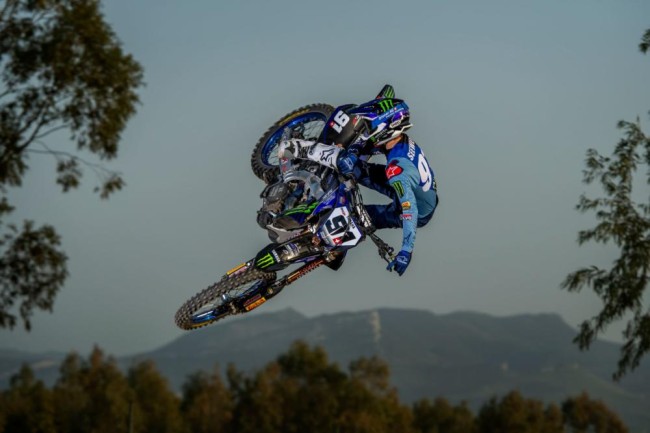 Jeremy Seewer got his season of to the perfect start with a win in the MX1 class at Alghero. The Factory Yamaha rider took the holeshot but had an aggressive and very fast Ruben Fernandez for company. The Spaniard passed Seewer for the lead and was actually pulling away before a small tip over dropped him back to third. Fernandez could be a lot of fun to watch in MXGP this year during his rookie season as he’s looking great on the 114 Motorsports Honda.

Tim Gajser didn’t get the best of starts but quickly worked his way up to second and closed down on Seewer before the Swiss rider pulled to take a great win.

Alberto Forato rode well after an average start to work his way into fourth ahead of Christophe Charlier who rode superb on his Fantic. After some years racing Enduro, it’s nice to see Charlier back racing Motocross and he beat a host of MXGP riders.

Ben Watson was buried outside the top ten after a bad start but worked his way up to seventh on his Factory KRT debut. 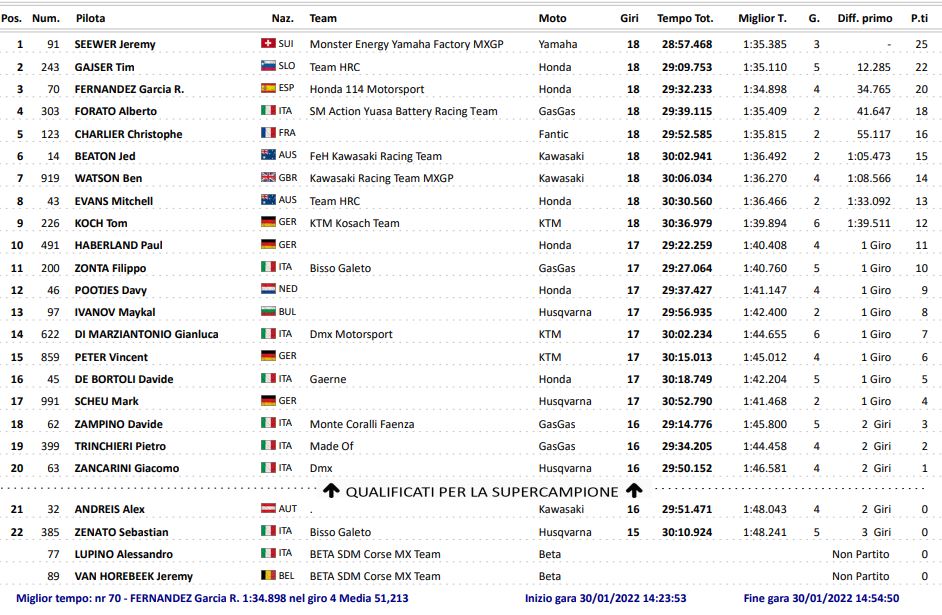