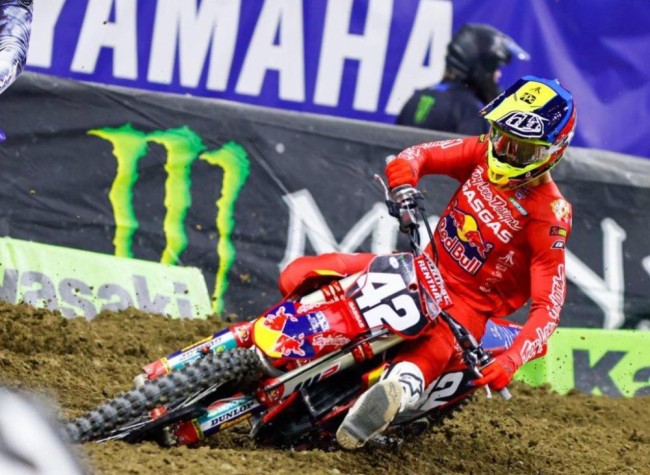 Almost unbelievably, yet another factory rider is injured in the 250 East coast series with Michael Mosiman, who looked like he could have won last weekend until a backmarker got in the way, out with a broken had following a crash at the end of the final qualifying session.

It’s blow for the young rider who had really picked up his pace in the last couple of rounds and certainly looked to have a win within reach over the next two rounds before the break.

Mosiman now thinks he needs surgery on his hand as the disappointed TLD Gas Gas rider explains his situation below:

Michael Mosiman is out for the night per TLD Racing Team 🗣 Get well soon Michael! 💪#SupercrossLIVE #DropTheGate pic.twitter.com/bjZn7E5Omk