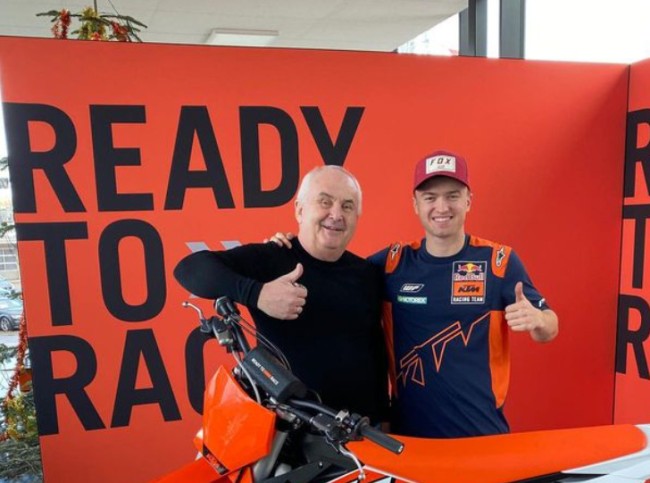 Mike Gwerder has signed his contract for the 2023 season on his 20th birthday and the good news is that he will race the MX2 World Championship next year. The Swiss talent will stay with the WZ KTM Racing team and race the European rounds of the series.

“First of all I want to say a big thank you to everyone who was involved in my last season! It was a tough one, it was going from worse and worse… we tried our best but it was still not enough. I’m thankful for everybody, who stayed on my side till the end. But now it‘s time to look forward. The new year is just around the corner.

Now I‘m excited to tell you finally my plan for the next season. I signed a deal for another year with WZ Racing so no big changes here but we will make the step to the MX2 World Championship. I‘m super happy and so so thankful to KTM Official, KTM Switzerland and WZ Racing who is still believing in me after such an unlucky season. You are all the reason, that I can realize my dream. I‘m working hard to be my best version of myself. Nothing better then signing a contract on my Birthday. I’m on my way to Spain to get finally my first hours on my new bike. I wish you all a happy new year and all the best”.