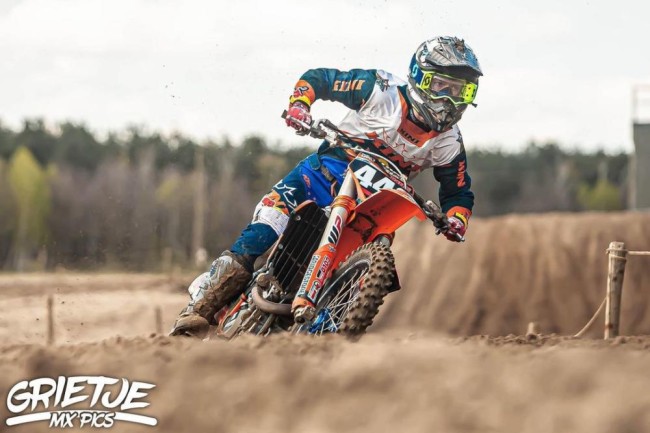 Young German talented, Marnique Appelt had initially inked a deal with the Raths Motorsports KTM team to contest the EMX250 championship in 2021 but there’s been a change of plan. The team had planned on running Xylian Ramella with Michael Sandner to contest the MX2 World Championship but with the former deciding to go back to America, the team have promoted Appelt to race the GP’s.

It’s a huge opportunity for the young German to race against the best 250cc riders in the world but he wants to learn as much as possible and regularly score points. The plan is to contest the rounds that take place in Europe so he won’t be racing the oversea GP’s.

“Well the opportunity to race the MX2 World Championship came because Xylian Ramella decided to go back to USA and Niklas (Raths) was searching for a replacement rider but he couldn’t get one so he asked me if I would do it. It feels pretty cool for sure but I will not stress myself, I will take it as a normal race and do everything I can like always”, Appelt told GateDrop.com.

“The team wants me to gain experience and that I will never give up. My personal expectations are that I want to be a top 20 guy for sure, maybe it will take some races to get there but I’m pretty sure that I can be a consistent top 20 guy at the end of the season. I want to thank my family sponsors and my team for believing in me as without them it wouldn’t be possible, for sure”, concluded Appelt.