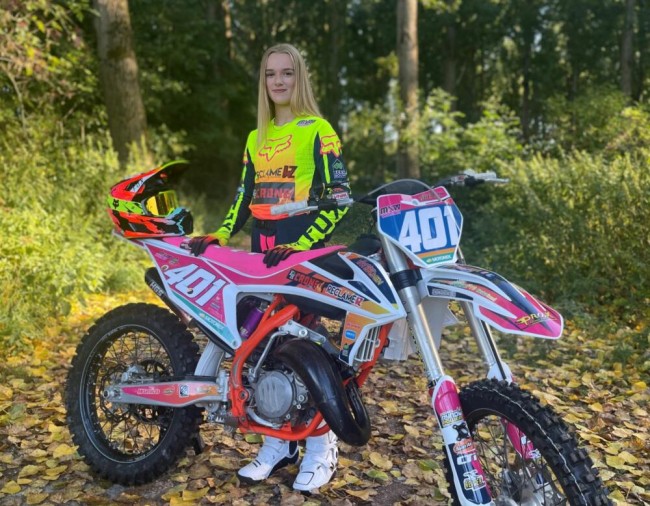 Lotte van Drunen will make her WMX debut at the Grand Prix of Turkey. This race will be held during the weekend of the 3rd and 4th of September on the track of Afyonkarahisar.

Lotte had her fifteenth birthday recently and from now on she is able to race in the WMX championship. She will race in Turkey aboard a 125cc 2-stroke machine. She knows that this is a disadvantage but it’s her first year on a bigger bike and after the race in Turkey she still has four more rounds of the Dutch Championship 125. Lotte is aiming to finish a moto inside of the top five, but she knows that this will be difficult.

This year was for Lotte a year to gain as much experience as possible. She was battling with the boys. Her target was to qualify herself for as much EMX125 rounds as possible. She managed to do this regularly and she also scored points with a tenth position in the second moto in Lommel as the highlight of the season.

After the Grand Prix in Turkey she will focus herself on the final four rounds of the Dutch Championship 125. She is leading this championship at the moment and she will do whatever she can to clinch this title. After this championship she will start training aboard the 250 4-stroke to prepare herself with the F&H Kawasaki Racing Team for her first full season in the WMX class. Besides the WMX class she will also race in the EMX125 class where she will battle against the boys.