Lorenzo Locurcio heading back to America for 2023 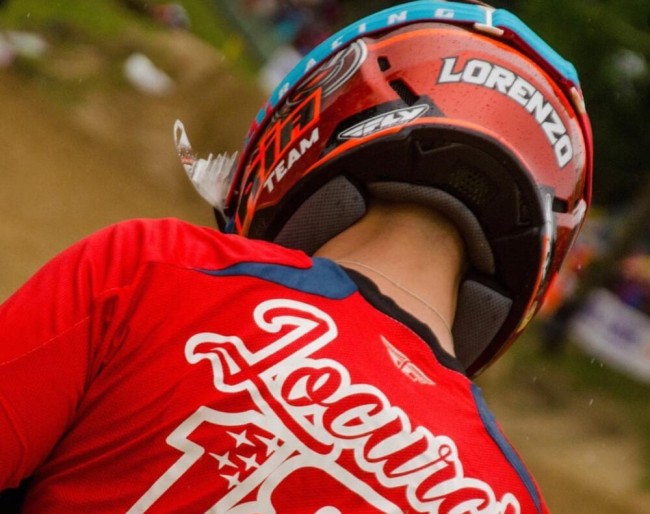 Lorenzo Locurcio burst on the Grand Prix scene in 2020 as the BUD Kawasaki Racing team drafted him to race the competitive EMX250 series. The Venezuelan impressed and ended up securing an MXGP ride for the 2021 season signing with the JD Gunnex KTM team.

Unfortunately an injury kept Locurcio out injured for most of the 2022 season but he did make a return towards the end of the season and was able to represent his country at the RedBud MXoN.

For the 2023 season, Locurcio has revealed that he will be heading back to America where he has spent plenty of time racing in the past which means we won’t see him race the MXGP World Championship.

It remains to be seen what the future will hold for the JD Gunnex team but we believe they might be closing their doors which would be a blow for the MXGP paddock.

“My experience in the MXGP paddock for the past two years has been unforgettable. I have learned a ton and looking to apply all I have learnt in my future races. I am more mature, smarter and faster thanks for the high level of the Grand Prix’s. I grew a lot and travelled the world racing my dirt bike, for now I put a stop on my world championship career but I look forward to come back to the United States and get back into the swing of things healthy and ready to tackle the 2023 AMA schedule”, Locurcio told DailyMotocross.fr.